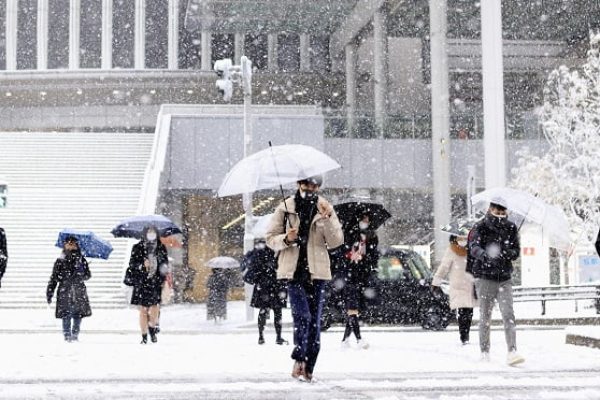 Officials in charge of disaster management said on Monday that heavy snowfall throughout wide portions of Japan has resulted in 17 fatalities, more than 90 injuries, and the loss of electricity to hundreds of households.

Since the beginning of the previous week, strong winter fronts have brought heavy snowfall to northern areas, leaving hundreds of cars stranded on roads, delaying delivery services, and caused 11 fatalities as of Saturday.

According to the Fire and Disaster Management Agency, the number of fatalities rose to 17 during the Christmas weekend as a result of further snowfall, while the number of injuries reached 93 by Monday morning. A good number of them had been knocked off their feet while clearing snow from the rooftops, or they were buried behind thick heaps of snow that had slid from the roofs.

Municipal officials in the areas that were struck hard by the snow asked individuals to not clear snow alone and to remove snow with extreme care while they worked.

Some manufacturers of mochi, which are sticky rice cakes that are a mainstay for New Year’s celebration feasts, have said that there have been delivery delays, and it is possible that their mochi would not reach their clients in time. Niigata is recognized for its rice farming industry.

Snowfall totals in several areas of northeastern Japan were reported to be three times higher than their seasonal norm.

An electric power transmission tower was brought down by heavy snowfall on Japan’s northernmost major island on Christmas morning, leaving over 20,000 houses without power. However, according to the economy and industry ministry, energy was restored in most regions later that day.

Up until Sunday, dozens of trains and planes were also canceled in northern Japan; however, the transportation ministry reports that most services have already resumed normal operations in the region.