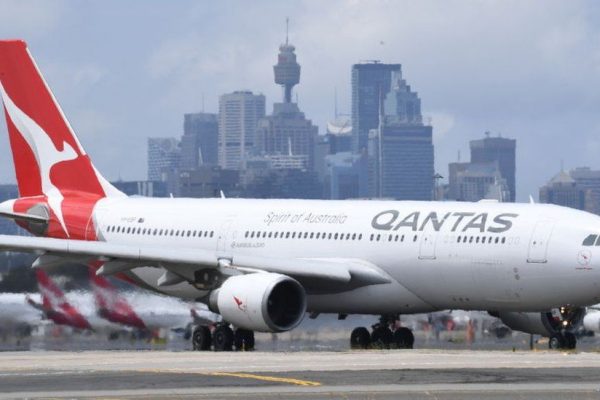 When a Qantas aircraft carrying around 200 passengers from Sydney to Melbourne arrived at Melbourne Airport on Wednesday, they were met with an unwelcome surprise: they would need to go through security once again.

Bewildered passengers were made to wait for 15 minutes after their Qantas flight QF487 arrived, first on the aircraft and then at a gate, before being taken back to the arrival hall to go through the security procedure for a journey that had already been completed.

A Qantas representative subsequently confirmed in a statement to The Guardian that the reason for the second screening was because at least one of the passengers on the aircraft had failed to pass through security prior to the aeroplane taking off.

According to the statement made by the airport’s spokeswoman, “all passengers on QF487 were led off the aircraft as it arrived in Melbourne and transported through the screened portion of the airport into the unscreened area as a precaution.”

The traveller had an estimate that between forty and sixty more persons were in a similar situation at the Sydney airport, where they had failed to be screened when they were meant to be there.

The biggest airline in Australia, Qantas, has been subjected to a barrage of bad headlines over the last several months as a result of operational concerns and flight cancellations that have been partially attributed to a lack of workforce. During the travel slowdown that occurred in the middle of the Covid epidemic, Qantas eliminated a number of employees, and the Chief Executive Officer of the airline, Alan Joyce, has said that worker sickness have also taken a toll.

Patrick Durkin, who was also on the aircraft, said that he overheard security officers telling other passengers that they were not allowed to throw anything out before being re-screened.

According to Mr. Durkin, who is the Melbourne bureau head for the Financial Review, “We weren’t allowed to go to the restroom on the way to the screening procedure.” “Presumably in the event that anybody flushed anything down the toilet by accident or hid something there.”

Mr. Durkin, who was tweeting updates while aboard, claimed that a flight attendant informed passengers that in their more than 20 years of experience on the job, they had never heard of a such situation.