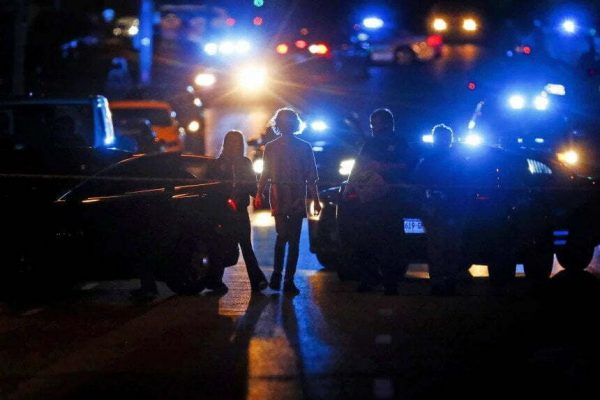 Four people were killed, three others were injured, and the city of Memphis is on edge after a series of gunshots, including one that was recorded on social media that took place on Wednesday, according to the Memphis police department.

Police have named Ezekiel Dejuan Kelly as the person they believe to be responsible for the shooting. He was taken into custody at around 9:20 p.m., more than two hours after police issued an urgent warning that resulted in calls for residents of the Tennessee metropolis with a population of approximately 630,000 to remain inside.

At a press conference held early on Thursday morning, the Sheriff of Shelby County, Floyd Bonner Jr., said that “many families were broken today.”

There has been no public announcement on the victims’ names. It was not immediately known whether or not the suspect knew any of the people who were killed or injured.

According to the police, Kelly was under investigation for “several” criminal offences, although he had not been formally charged as of early Thursday morning.

At around one in the morning on Wednesday, police were called to the scene of the first incident, where they discovered a guy who had been shot to death in a driveway. At around 4:30 in the afternoon, the firing resumed.

At about seven o’clock in the evening, Memphis police sent out an urgent tweet warning that an armed guy was responsible for numerous shootings.

It has been brought to our attention that he is posting videos of his activities on Facebook. According to the tweet, “We do not have any particular geographical information on where he is at this time.”

Police Chief Cerelyn “CJ” Davis said during an early morning press conference on Thursday that officers discovered the first gunshot victim, a guy who had already passed away at 12:56 a.m.

At approximately 4:38 p.m., police discovered a man who had been fatally shot inside a vehicle. Two minutes later, officers discovered a woman who had been shot in the leg and was wounded. Finally, just before 6 p.m., the suspect allegedly entered a store while broadcasting on Facebook Live and shot and critically injured a man, she said.

Davis claimed that at that point, someone reported to the police that the suspect was making threats against other individuals on Facebook. In response, the police began searching the whole city and instructed residents to remain inside.

Davis said that two additional dead bodies were discovered at a later time.

According to what she claimed, the police discovered another lady who had been fatally shot around 8:55 p.m.