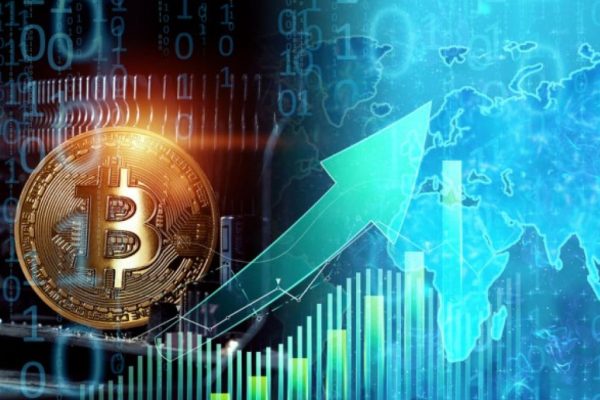 Any kind of money that exists digitally or electronically and employs cryptography to safeguard transactions is known as cryptocurrency, sometimes referred to as crypto-currency or crypto market. Cryptocurrencies use a decentralized mechanism to track transactions and create new units rather than a central body to issue or regulate them. A digital payment system known as the crypto market doesn’t rely on banks to validate transactions.

Peer-to-peer technology makes it possible for anybody, anywhere, to send and receive money. Payments made using cryptocurrencies do not exist as actual physical coins that can be transported and exchanged; rather, they only exist as digital entries to an online database that details individual transactions. A public ledger keeps track of all bitcoin transactions that involve money transfers. Digital wallets are where cryptocurrency is kept.


Due to the fact that transactions are verified via encryption, the crypto market has earned its moniker. This implies that the storage, transmission, and recording of bitcoin data to public ledgers all entail sophisticated code. Encryption’s goal is to offer security and protection.

The most well-known crypto market, Bitcoin, had a successful year, according to CNBC. Since the beginning of 2021, the value of digital currency has increased by about 70%, propelling the total market value of cryptocurrencies above $2 trillion.

5 predictions about crypto market are :-


In 2022, cryptocurrency values can decrease even further. They soared to a record high of about $69,000 in November, but they have now fallen to around $50,000, a decline of almost 30% from the peak. Professor of finance Carol Alexander of Sussex University predicts that Bitcoin will fall to a low of $10,000 in 2022, wiping out the majority of its gains over the previous 15 months.


Some predict no crash in 2022. The [quantitative tapering] by the Fed, according to Yuya Hasegawa, a crypto market analyst at the Japanese digital asset exchange Bit bank, is the biggest danger. He believes it has already been determined and is probably already considered.

According to Sayantani Sanyal, a number of variables, including increased demand from Bitcoin ETFs and growing commercial adoption of Bitcoin, indicate to higher Bitcoin prices. According to Sanyal in Analytics Insight, some market analysts believe Bitcoin will reach a price of $100,000 by the end of 2023, while others believe it will reach that level in the first quarter of 2022. Others claim that by the end of 2022, Bitcoin won’t rise over USD $70,000.

2) A Lot More Investors Will Adopt Bitcoin in crypto market


By the end of 2022, more than 500 million individuals worldwide will possess Bitcoin, according to Ric Edelman, head of the Digital Assets Council of Financial Professionals, according to The Ascent. Coin Telegraph, Block Fi co-founder Flori Marquez concurs, attributing increased popularity to legislative clarity and a better understanding of the sector.

3) The First Spot Bitcoin ETF Could Get Approved


The first Bitcoin exchange-traded fund (ETF) to be approved in the US might happen this year, allowing investors direct access to the crypto market itself, according to several cryptocurrency investors. Pro Shares’ Bitcoin Strategy ETF was launched last year with permission from the Securities and Exchange Commission, but it only follows Bitcoin futures contracts. Analysts anticipate that a Bitcoin Spot ETF will be allowed, though, as the market is now substantial and developed enough to sustain it.


According to Bryan Gross, network steward of cryptocurrency platform ICHI, “expected to be the biggest growth sectors of crypto” include new advancements like decentralized finance (De Fi) and decentralized autonomous organizations (DAOs). DAOs might be seen as a new online community, whereas De Fi tries to replicate conventional financial products without middlemen. De Fi service deposits topped $200 billion in 2021, and demand is anticipated to increase in 2022.

De Fi is a subset of the Web3 trend, according to CNBC. Online platforms, according to Web3 proponents, are monopolized by a small number of businesses, like Facebook’s parent firm Meta and Amazon. Blockchain technology and non-fungible coins will be used in Web3, which proposes a new, decentralized version of the internet. Entrepreneurs like Elon Musk, though,
Web3 proposes a new, decentralized internet that uses currency blockchain and non-fungible coins. Entrepreneurs like Elon Musk and Jack Dorsey, though, are still dubious.

5) Regulators Have Their Eye on crypto market

Regulation of cryptocurrencies is anticipated to be a major concern in 2022. According to Luno’s vice president of corporate growth and international expansion, Vijay Ayyar, 2022 will be a significant year for regulation. Other than Bitcoin and Ethereum, Ayyar told CNBC that he anticipates some clarity on the legal “grey area” of cryptocurrencies. Stable coins, which are tokens whose value is linked to the price of assets like the U.S. dollar, are expected to be another area of interest to regulators. The biggest stable coin in the world, Tether, has raised questions about whether it has sufficient assets in its reserves to support its ties to the dollar.