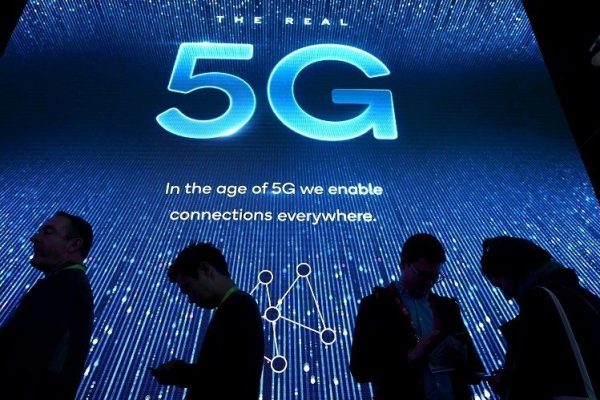 The Center declared that no SUC, or “Spectrum Usage Charges,” will be assessed during the auction process as India prepares for the 5G spectrum auction. The telecom service providers (TSPs) are greatly relieved by the news because it will significantly lower their future payments for these statutory fees.

The government has approved the creation of captive 5G networks by IT companies and will auction off airwaves worth around 4.3 lakh crore that can provide fifth-generation or 5G telecom services, including ultra-high-speed internet.

It is important to note that 5G services will introduce high speeds—around 10 times faster than 4G—and spawn new-age offerings and business models.

The Gujarat-born entrepreneurs, Ambani and Adani, who later went on to build massive corporate conglomerates, had never directly faced off before. The former company grew from the oil and petrochemicals industry into telecom and retail, whilst the latter company changed its focus from the ports industry to coal, energy distribution, and aviation.

But when their interests collide more and more, some believe a confrontation is inevitable.

Recently, Adani established a subsidiary to enter the petrochemicals industry, which was Ambani’s father Dhirubhai’s first venture outside of its downstream and upstream activities.

According to insiders, the group led by billionaire Gautam Adani is allegedly plotting a sudden entry into the competition for telecom spectrum, pitting it against Sunil Bharti Mittal’s Airtel and Mukesh Ambani’s Reliance Jio.

The deadline for submitting an application to participate in the July 26 airwave auction, which will include companies capable of delivering fifth-generation or 5G telecom services including ultra-high-speed internet connectivity, passed on Friday with at least four submissions.

And now, if the Adani group takes part in the 5G auction on July 26, it will be Ambani’s first real rival.

The ownership information for applicants is to be revealed on July 12 in accordance with the auction timelines, and at that time the bids should be known.

New Delhi According to insiders, the group of billionaire Gautam Adani is allegedly plotting a sudden entry into the competition for telecom spectrum, pitting it against Sunil Bharti Mittal’s Airtel and Mukesh Ambani’s Reliance Jio.

On Friday, applications for the July 26 airwave auction, which will include those equipped to provide fifth-generation or 5G telecom services including ultra-high-speed internet connectivity, concluded with at least four applications.

The use of the spectrum will be legal for 20 years. In general, the payment conditions for participants in the next auction have been lowered. For the first time ever, the winning bidders are not required to make an advance payment.

A modification that is anticipated to greatly reduce cash flow requirements and minimize the cost of doing business in this industry allows payments for spectrum to be made in 20 equal annual installments that are paid in advance at the start of each year.

After ten years, the winning bidders would have the opportunity to return the spectrum without incurring any further obligations for balance installments. For the spectrum purchased in this auction, there will be no SUC (spectrum usage costs).

The Notice Inviting Applications, the bid-related document released by the Telecom Department, stated that tech companies will be permitted to take the 5G spectrum for their captive non-public network on lease from the telecom companies. The 5G spectrum in nine frequency bands will be auctioned to telecom operators.

The bid document stated that the direct allotment of spectrum to tech businesses will follow demand research and the recommendations of the sector regulator TRAI on factors including pricing and allocation procedures.

The decision regarding private networks is viewed as a setback by telcos, who had argued that if independent entities were permitted to set up private captive networks with direct 5G spectrum allotment by the telecom department, the business case of TSPs (Telecom Service Providers) would be significantly weakened.