A Peak of 900 Severe COVID-19 Cases Expected in Early September, According to S. Korea. 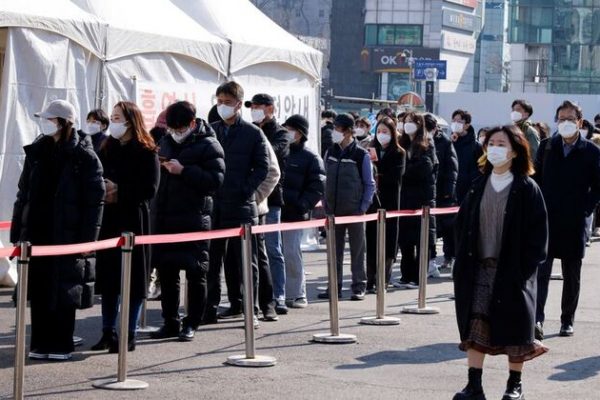 The overall number of COVID-19 patients who are severely sick is expected to reach a peak between 800 and 900 in the first few days of September, the South Korean government reported on Tuesday. The authorities also stated that between 100 and 140 people might die from COVID-19 within the same time period.

The ministry did not alter its earlier prediction that the number of daily infections will peak at about 200,000 cases in late August.

At a COVID-19 reaction meeting on Tuesday, Lee Sang-won, a representative of the Korea Disease Control and Prevention Agency, stated that the COVID-19 spread “is likely to peak by the end of August and drop afterwards.” According to Lee, it’s possible that COVID-19 infections won’t decline quickly but instead gradually.

The most recent COVID-19 forecast from the government was produced as of Thursday last week, and the forecast may alter soon, it noted.

The nation’s health officials initially predicted last month that the revival would reach its height at roughly 280,000 in August. On July 26 and August 4, they reduced the prediction to 200,000 and 150,000, respectively, but on last Wednesday, they increased it to 200,000.

However, other scientists contended that if the reproduction rate increases again, the daily total may still rise.

On Monday, there were 84,128 more COVID-19 infections across the nation. The daily total decreased from the previous week’s 149,897 instances, although this was mostly because fewer tests were performed during the three-day vacation that concluded on Monday.

However, from 521 the day before, there are now 563 individuals who are seriously ill.

During the same time period, the nation also recorded 37 more COVID-19 fatalities. The fatality rate was 0.12%, and there were 25,710 fatalities.