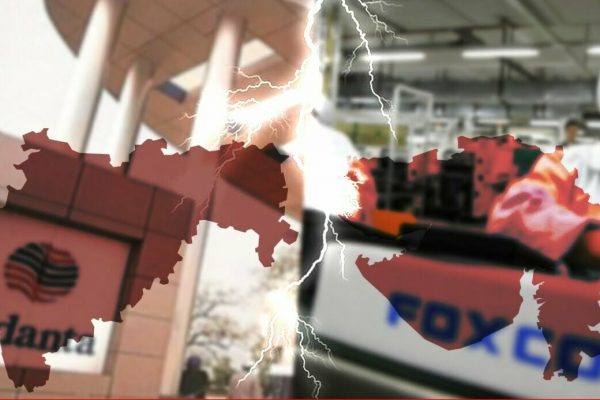 A planned semiconductor facility has reignited a historic rivalry between the Indian states of Gujarat and Maharashtra.

The investors, which included the mining company Vedanta and the electronics giant Foxconn from Taiwan, as well as the government of Maharashtra had been in discussion for some time about the establishment of the facility close to the city of Pune.

Even though Eknath Shinde did not take office as chief minister of Maharashtra until June 30, reports indicate that he has already asked Vedanta to sign the pact on July 29.

History gets made! ?? Happy to announce that the new Vedanta-Foxconn semiconductor plant will be set up in #Gujarat. Vedanta’s landmark investment of ₹1.54 lakh crores will help make India’s #Atmanirbhar Silicon Valley a reality. (1/4)

The state has two primary demands, which are to seek permission from the cabinet and to connect itself with the federal government. According to the Indian Express, Shinde addressed the following letter to the chief executive officer of Vedanta. “You will be delighted to hear that on both fronts, the state is already in advanced stages and is moving forward rapidly,” Shinde told Anil Aggarwal.

Despite this, Aggarwal made the announcement on September 13 that the 1.54 trillion rupees ($19.5 billion) facility, the first of its kind in India, will be located in Gujarat.

According to him, “professional and unbiased counsel” was taken into consideration while selecting Gujarat.

To be fair, Tamil Nadu, Telangana, Karnataka, and Gujarat had apparently all been in the running for the unit. However, all signs pointed to Maharashtra being the frontrunner for the position. That is, up to this point.

Shinde is now being criticised by the opposition parties in Maharashtra for allegedly “losing out” as a result of Aggarwal’s revelation. They were suspicious that there was something “dark” underlying this change.

In the end, Gujarat and Maharashtra have been engaged in a long-running battle that has been both good and unhealthy at various points.

For instance, the very act of their separation from the Bombay state in the year 1960 resulted in a fierce battle for the control of the city of Bombay, which is now known as Mumbai and serves as the state capital of Maharashtra. Since that time, the two states have competed with one another for investments as they have worked toward becoming two of the most industrialised and urbanised states in India.

A member of the coalition government that governs Maharashtra has recently said that “pressure from the national government” led to the project being awarded to Gujarat. Both the current Prime Minister of India, Narendra Modi, and the Home Minister, Amit Shah, who has been a close friend of Modi for many years, are originally from the state of Gujarat.

The Chief Minister of Maharashtra has said that Prime Minister Modi has guaranteed him that his state would benefit from “huge projects.”

It is often believed that the states that are governed by Modi’s party, the Bharatiya Janata Party (BJP), get preferential treatment from the government that he leads. However, the BJP has power in both Gujarat and Maharashtra, which is relevant to the Vedanta-Foxconn dispute. However, prior to Shinde’s takeover in June, the state of Maharashtra was governed by a coalition of opposition parties.

As states compete with one another for investment, it is abundantly clear that the federal government is the biggest issue. The Indian Express said in an editorial article on the topic that this had “implications for the federal partnership between the Centers and states….”

It is possible that Vedanta may build other chip facilities in India.

In the meanwhile, Vedanta is contemplating the construction of a new chip manufacturing factory.

“There are some attractive bids from Andhra Pradesh and Maharashtra,” Agarwal said to Mint. “After commencing operations from the first facility in Gujarat, we would search for our second plant.”

The worldwide scarcity of semiconductors that started in 2020 as a result of the multiple Covid lockdowns is what prompted Vedanta to come up with their idea. According to estimates from industry analysts, production may continue until 2023.

Semiconductors, also known as microprocessor chips, are the components that are responsible for controlling critical commands in a wide variety of technology-based products that are used on a daily basis. Some examples of these products include airbags in vehicles, audio/video entertainment, navigation, collision detection systems, and remote-controlled air conditioning.