According to China, It Conducted Further Military Maneuvers Surrounding Taiwan 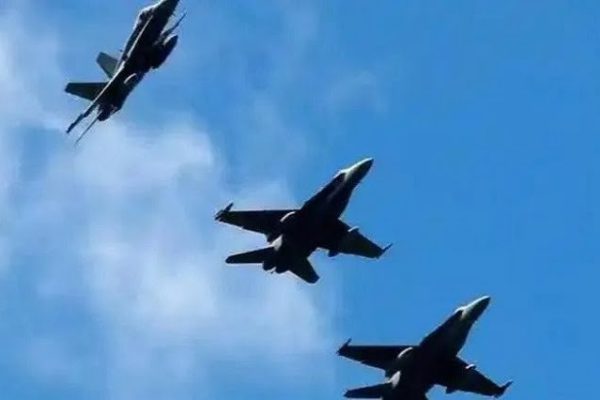 China’s military has conducted maneuvers near Taiwan, focusing on land and sea attacks, for the second time in less than a month.

According to a statement released late Sunday night, the People’s Liberation Army’s Eastern Theatre Command has been conducting “joint combat readiness patrols and real combat exercises” in the waters and skies around Taiwan, which Beijing claims as its own.

Exercises were held to “resolutely confront the provocative activities of foreign forces and Taiwan independence separatist groups,” according to a statement released by Senior Colonel Shi Yi, the command’s official spokesman.

The presidential office of Taiwan called China’s claims “groundless” and strongly denounced the exercises, stating that maintaining peace and stability in the Taiwan Strait and the area was the shared duty of China and Taiwan.

The agency released a statement reiterating Taiwan’s stance that it would not exacerbate confrontations or cause disagreements, but will instead vigorously protect its sovereignty and security.

The military reacts calmly to developments in the Taiwan Strait and other areas because of this understanding. Our citizens may have peace of mind,” it continued.

On Monday, Taiwan’s Ministry of Defense said through Twitter that it had seen 57 Chinese military aircraft and 4 naval ships moving near the island during the previous 24 hours.

It was also noted that approximately 28 of the planes crossed the median line in the Taiwan Strait, an unofficial buffer zone between the two sides, and entered the air defense identification zone (ADIZ) off the southwest coast of Taiwan. The ministry map revealed that two H-6 bombers with nuclear capability traveled to the south of Taiwan.

After the United States enacted a defense funding measure that contained assistance for Taiwan, China reportedly conducted similar drills at the end of last month, with Taipei alleging that 43 Chinese aircraft crossed the median line. In the same week, Taipei declared that, beginning in 2024, the present four-month mandatory military service period will be extended to a full year.

Since Tsai Ing-wen was first elected president in 2016, China’s military has increased its actions in the oceans and airspace surrounding Taiwan. China has not ruled out the use of force to put the island under its authority. In contrast, things heated up dramatically in August of last year when then-US House Speaker Nancy Pelosi visited the island.

The government of Taiwan insists that only the people of Taiwan have the right to choose the island’s destiny and has vowed to fight off any Chinese invasion.

The new moves by Beijing came as German lawmakers gathered on Monday in anticipation of a ministerial visit later this year.

Marie-Agnes Strack-Zimmermann, head of the parliamentary defense committee and leader of the high-ranking delegation, told the AFP news agency that the visit was a “show of solidarity” with the self-ruled democracy.

Strack-Zimmermann announced that members of the German parliament from the pro-business Free Democratic Party (FDP) will meet with “top leaders from politics, civic society, and the military” to address the present “threat scenario.”

According to official Taiwanese statistics, 1,727 Chinese military aircraft entered Taiwan’s air defense identification zone (ADIZ) that year. That’s a big jump from the 380 invasions predicted for 2020 and the 960 for 2021.

Even though the United States does not have diplomatic relations with Taiwan, it is required by law to assist Taiwan with military equipment.