According to the CEO of Deutsche Bank, Inflation is the “Greatest Toxin” for the World Economy as the Chance of a Recession Grows 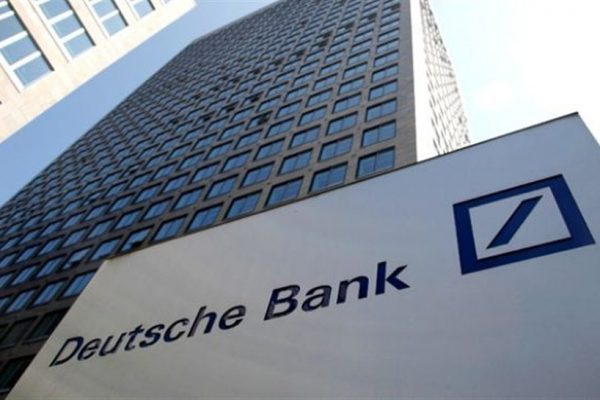 According to Deutsche Bank CEO Christian Sewing, Europe and the United States face a significant risk of recession as central banks are compelled to aggressively tighten monetary policy to battle inflation.

Last week, the Federal Reserve of the United States, the European Central Bank, the Swiss National Bank, and the Bank of England all took steps to curb inflation, although to various degrees.

In May, euro zone consumer price inflation reached a new high of 8.1 percent, and the ECB reiterated its plan to begin raising interest rates at its July meeting.

Central bankers and economists throughout the globe have admitted that the extreme tightening that may be required to contain inflation risks pushing countries into recession, despite the fact that growth is already slowing due to a slew of global reasons.

Because of Europe’s closeness to the Ukraine crisis and its dependence on Russian energy imports, the continent is particularly exposed to the conflict and the possibility of Russian gas supply disruptions.

“One thing is clear: if Russian gas is abruptly cut off, the risk of a recession occurring sooner is definitely much greater.” In an exclusive interview with CNBC’s Annette Weisbach, Sewing said, “There is no question.”

“However, I would argue that we are in such a difficult situation that the likelihood of a recession in Germany or Europe in 2023 or the following year is higher than it has been in any of the previous years, and this is not only because of the impact of this terrible war, but also because of inflation and what that means for monetary policy.”

Supply chains have been hindered by increasing post-pandemic demand and a reintroduction of Covid-19 control measures, most notably in China, in addition to inflation resulting from the conflict in Ukraine and accompanying sanctions on Russia.

“We have three, four drivers that can severely impact the economy, and all of that coming together at the same time means there is enough pressure and a lot of pressure on the economy, and thus the likelihood of a recession coming into Europe, but also in the United States, is quite high,” Sewing said.

As the economy confronts a “perfect storm” of “three or four actual levers that might produce, at the end of the day, a recession,” Sewing said he is becoming more hesitant to depend on old methods.

However, inflation, according to Sewing, is the most pressing problem.

“I would say that inflation is something that concerns me the most, and as a result, I believe that the signal we received from the central banks, whether it the Fed or now the ECB, is the correct one,” he added.

“We must combat inflation because, at the end of the day, inflation is the worst economic poison.”