According to US Reports, North Korea is Providing Russia with Weaponry 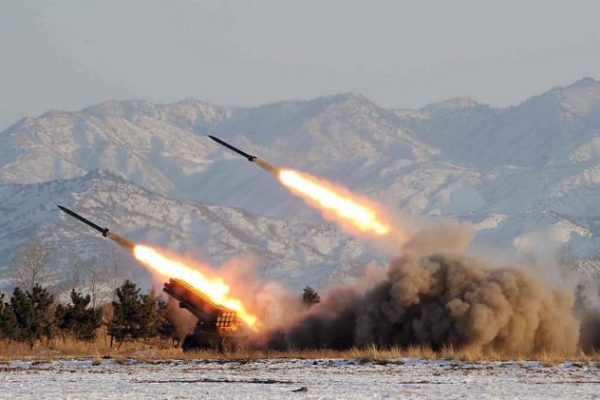 Russia has purchased millions of artillery rounds and missiles from Pyongyang, according to declassified information acquired by the New York Times.

According to a US official, if the battle continued on, Russia would be pushed to purchase more North Korean weapons.

Since President Vladimir Putin started his invasion of Ukraine in February, Iran and North Korea, both targets of heavy Western sanctions, have attempted to strengthen relations with Russia.

The dictatorship of Kim Jong-un has blamed the war on the United States, accusing the West of following a “hegemonic strategy” that justifies Russia’s use of force.

North Korea acknowledged the independence of Russia’s two proxy statelets in eastern Ukraine, the Donetsk and Luhansk People’s Republics, last month, and promised to develop its “comradely friendship” with Moscow. According to Pyongyang official media, Russia’s Vladimir Putin said that the two nations’ “comprehensive and constructive bilateral ties” will be expanded.

The precise size and scope of the fresh weapon shipment reported by the article are unknown.

However, a US source told the Associated Press that seeking assistance from North Korea indicated that “the Russian military continues to suffer from significant supply shortages in Ukraine, owing in part to export restrictions and sanctions.”

According to the Finnish research tank Centre for Research on Energy and Clean Air, broad economic sanctions have had minimal impact on Russia’s profits from energy exports. Russia is estimated to have earned €158 billion (£136 billion) from rising fossil fuel prices during the six-month invasion, with EU imports accounting for more than half of total.

However, the United States and the European Union feel that Moscow’s capacity to restock its military has been hampered.

Last week, Biden administration officials informed US media that the first shipments of Iranian-made drones had also arrived in Russia.

Russian operators are believed to have travelled to Iran to obtain training on the Mohajer-6 and Shahed series weapons, according to US intelligence personnel.

However, they recently informed reporters that several of the drones have been plagued by mechanical and technical issues since their arrival.

Iran has officially denied sending weaponry to either side of the conflict, but in July, US National Security Advisor Jake Sullivan claimed Tehran was intending to provide Moscow with hundreds of drones, some of which would be capable of combat, for its war in Ukraine.

In a daily briefing on Tuesday, UK defence sources said that Russia was struggling to sustain its supply of battlefield drones in the face of heavy “combat losses.”

“It is probable that Russia is struggling to maintain UAV stockpiles, which is aggravated by component shortages caused by international sanctions,” according to the report.