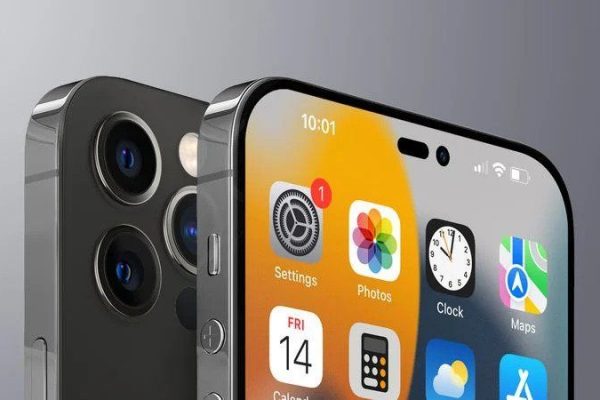 Between this autumn and the beginning of 2023, Apple is preparing to release a lot of new devices. The Verge reports that among the items are four iPhone 14 variants, many new iPad models, three Apple Watch models, numerous Macs with M2 and M3 updates, updated AirPods Pro earphones, a new HomePod, and an improved Apple TV. Despite the fact that Apple only unveiled two new Macs using its flagship M2 CPU at its Worldwide Developers Conference (WWDC) earlier this month, it is possible to find the chip and its variants in a variety of different devices. The package comes with an M2 Mac mini, M2 Mac mini Pro, M2 Pro / M2 Max 14 and 16-inch MacBook Pros, and an M2 Ultra / M2 Extreme Mac Pro.

Although there is still time for the iPhone 14 series to be released, tipsters are impatient. Since the release of the iPhone 13 last year, rumours and leaks regarding the following iPhone model, nicknamed the iPhone 14, have circulated the internet. So much so that we already know practically everything there is to know about the iPhone 14.

Here’s all we know so far about the iPhone 14’s display, camera, CPU, and other features.

-The iPhone 14 is likely to be released soon. As soon as September. According to previous rumours, the iPhone 14 debut might be delayed owing to China’s ongoing shutdown due to the country’s mounting COVID cases. However, some new rumours indicate that the iPhone 14 will be released on schedule. The new iPhones are scheduled to be released in the second week of September. The precise date has yet to be announced.

One of the main improvements we may see is in the camera sector. The iPhone 14 is rumoured to include a dual back camera system, with sensors that are bigger than those on the iPhone 13. This basically indicates that the next iPhone will be able to take better low-light images. Apple has already perfected low-light photography with the iPhone 13, and the firm wants to take the experience to the next level with the future iPhone generation.

The battery’s performance will also increase somewhat. iPhone consumers have often grumbled about battery performance throughout the years, but the firm addressed the issue to some level with the iPhone 13. The Cupertino-based tech company now promises to boost battery life even further with the next iPhone 14.

The iPhone 14 is predicted to be somewhat faster than the iPhone 13. There is some ambiguity in this department. Some sources claim that the next iPhone 14 will employ the current A15 Bionic technology, while others claim that the A16 Bionic chipset will be introduced.

-Aside from the bigger sensors, the design will be similar to the iPhone 13. According to reports, the iPhone 14 and iPhone 14 Max will have a wide-notched display, but the Pro versions will have a pill-shaped design.