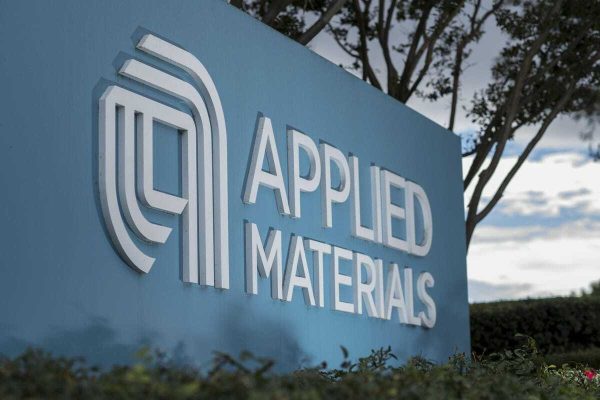 According to data provided by S&P Global Market Intelligence, the value of Applied Materials’ share price increased by 7% during the second half of 2022. Applied Materials is one of the main producers of semiconductor production equipment globally. In spite of the bear market in 2022, with the S&P 500 plunging dramatically late in the previous year, shares of the semiconductor behemoth rose because of many announcements from its primary manufacturing clients.

As this article is being written, shareholders in Applied Materials have seen a decline of 31.5% over the course of the previous year.

Applied Materials is a company that specializes in the design and sale of manufacturing equipment for the semiconductor industry. It is impossible for companies like Taiwan Semiconductor Manufacturing, Samsung, and Intel to produce the most cutting-edge chips on the market without the equipment provided by Applied Materials. As a result, the company’s products are essential for the development of a variety of industries, including cloud computing, smartphones, and the internet of things (IoT).

The financial community became concerned at the beginning of 2022 that a surplus of supply would show up in the semiconductor industry after the shortages that occurred in 2020 and 2021, which would result in a decline in demand for the goods that Applied Materials produces. Last year, there were some minor supply gluts, which resulted in certain businesses, like Nvidia, Apple, and AMD, cutting down on their chip purchases. The developing technological and trade conflict between China and the United States, which culminated in the United States’ decision to block the sale of some semiconductor supply to China, is another factor that may have scared off investors. Applied Materials’ management has said that the new laws might cost the firm to lose $2.5 billion in sales over the next fiscal year. Revenue from China clients accounted for 28% of the company’s total revenue in the previous fiscal year. As a point of comparison, consolidated revenue for the prior year was $25.8 billion.

Nevertheless, over the latter half of 2022, significant announcements were made that shed light on the reasons why Applied Materials may have a bright future throughout this decade. In addition to their numerous previous pledges, Taiwan Semiconductor has promised to build a new $40 billion facility in Arizona, while Intel has revealed plans to build two new $20 billion facilities, one each in Ohio and Arizona. Over the next five years, Samsung plans to spend a staggering $355 billion on the purchase of semiconductors and biopharmaceutical products, the bulk of which will be allocated to the purchase of computer chips. A significant portion of the cash that has been pledged by these firms will be used to purchase equipment from Applied Materials.

Due to the fact that there is very little competition in the semiconductor supply chain, Applied Materials is one of the most essential cogs. Because it is well knowledge that the business is cyclical, there is always the possibility that the demand for Applied Materials’s tools may decline in 2023, which can have an impact on the stock price. However, the firm seems to be well positioned for success over the longer term, since three of its most important industrial clients are planning to invest hundreds of billions of dollars in the construction of new facilities in Asia and North America over the next several years.