As an Increasing Concern in Election Offices, the Fight Against False Claims Will Continue 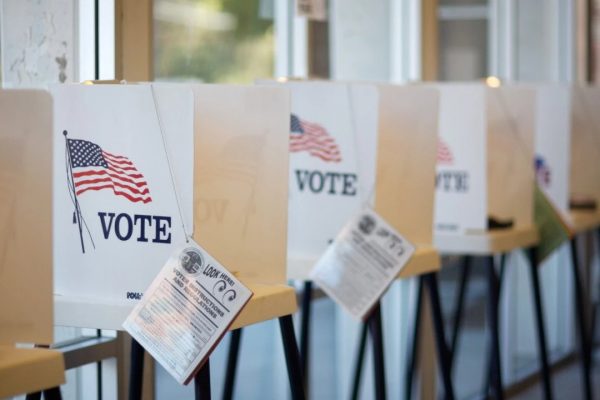 Midterm elections are quickly coming, and election administrators have another problem to worry about: dispelling false information that undermines confidence in the electoral process and fuels hostility against poll workers.

Since the phoney accusations that the 2020 presidential election was tainted by major fraud, certain states and counties have allocated greater resources to combating the issue. Election authorities in certain areas have expressed frustration that Facebook, Twitter, and other social media sites aren’t doing enough to assist them combat the spread of false information.

Concerned and agitated, our voters have spoken. Lisa Marra, the elections director in Cochise County, Arizona, told a US House committee last month, “They just don’t know what to believe.” We need to fix the harm that has been done.

A growing number of election authorities are taking things into their own hands by launching education and outreach initiatives to disseminate factually correct details concerning the conduct of elections and the tabulation of votes. This includes things like “Mythbuster Mondays” in North Carolina and animated commercials in Ohio stressing the need of accurate election results. A election misinformation analyst is being sought by the state of Connecticut.

The difficulty of the undertaking remains unchanged. Misinformation persists on social media, requiring local election officials to react, diverting time away from other tasks despite Oregon’s increased funding for participation in a nationwide #TrustedInfo2022 initiative.

A spokesman for the Oregon secretary of state’s office named Ben Morris listed three recent Facebook postings that Meta allowed to stay on Facebook despite his agency submitting information to prove they were fake.

A claim was made that a candidate’s name was unjustly removed from election materials. One more claimed untruthfully that an elections office was intentionally closed to them. Another person falsely said that election workers in Multnomah County were being asked to provide evidence of immunisation against COVID-19.

Morris said that Meta’s regulations weren’t comprehensive enough to combat “the disinformation we see at the state and municipal level.” Their regulations address major national concerns, but they don’t delete slanderous comments concerning local officials or laws. When you consider that this may affect a platform as large as Meta, it raises serious concerns.

There may be a gulf because Facebook’s rules “prioritise provably incorrect statements that are recent, topical, and important.” It’s likely that none of the three postings Morris cites “trended,” yet he still thinks they did damage.

Politicians who uploaded them include the rising number of those who deny the results of elections, whose right to free expression is a priority for social media platforms.

According to Corey Chambliss, a spokesperson for Meta, the policies make exceptions for much of what politicians say online because of “Facebook’s fundamental belief in free expression, respect for the democratic process, and the belief that, especially in mature democracies with a free press, political speech is the most scrutinised speech there is.”

In Maricopa County, the most populous in Arizona, candidates who have been protected by these laws have been free to spread false material online throughout the current election season. This has resulted in strong rebukes from government leaders against the spread of misinformation.

A candidate for county supervisor in the state’s August primary urged her supporters to steal the ballot-marking pens that were distributed at polling stations on Election Day, prompting County Attorney Rachel Mitchell to write a letter of caution. The politician spread untruths that election officials may alter voters’ ballots using the pens.

Board of Supervisors Chairman Bill Gates told local media that Republican gubernatorial candidate Kari Lake’s allegations of possible fraud before to the primary were “beyond irresponsible.”

Gates, a Republican, said, “They never offered any details to us.”

This year, he maintains, he has been more active than ever before on social media and made himself more accessible to conventional media in an attempt to stem the tide of unsubstantiated reports about the upcoming election.

Both Gates and the County Recorder of the county, Stephen Richer, are active on Twitter, and they often correct misinformation with the truth. According to Richer, his office also sends Twitter emails when it notices a false story or threats against election workers gaining traction on the social media site, even if it disagrees with some of Twitter’s reactions.

At an activist-led “election security forum” three days before the state’s August primary, unsubstantiated claims that the county deleted election data off a server in 2021 resurfaced, with the presenters publicly identifying two election workers they claimed were responsible and calling their actions a crime. As a result, the employees were subjected to online threats and abuse, which is part of a worrying trend impacting poll offices around the nation.

Richer said the county contacted Twitter to request a mute due to the hateful posts, but Twitter “didn’t always agree” that the posts were illegal.

For the 2022 election, Twitter triggered enforcement of regulations last month to “allow healthy civic discourse on Twitter, while ensuring users have the context they need to make educated judgments about material they encounter.” In order to keep people up-to-date on the election, the business launched sites for each state that included tweets from electoral authorities and local media. Requests for comment were not immediately met with a response from the platform.

TikTok, a popular video app that has been a breeding ground for disinformation during this election cycle, said last month that it would be developing a “election centre” to assist users in finding polling places and candidate profiles. The platform claims to partner with more than a dozen fact-checking groups to dispel false information, and it plans to use AI to help identify and eliminate threats to election workers and counteract false information about voting.

The social media savvy of Maricopa County is not shared by other states and municipalities.

There is a significant increase in the number of municipal offices that are only available on one or neither platform.

New legislation filed this year in Congress would provide $20 billion over the next decade to help state and local governments support election administration, including the fight against disinformation.

Minnesota Democrat and bill cosponsor Amy Klobuchar said last spring that “every year, millions of Americans receive erroneous or misleading information about elections and the voting process on social media, and it is undermining our democracy.”

Voters of all ages, and especially younger voters, become more interested when election officials fight through staffing, financing, and personal safety concerns to become more active on social media, as was found in a recent academic paper on elections. The study’s authors concluded, “as does democracy itself.”

A spokesperson for the office, Trish Robertson, posted a video to her personal TikTok account in which she snapped her fingers to the tune of the Sicilian song “Che La Luna.” The background images included district maps, portraits of election officials, and large windows that allowed the public to watch the vote count.

Robertson is making many attempts to win back voters’ confidence, including this humorous video from June that parodies a TikTok fad in which people show off everyday objects from their homes and workplaces. She administers the county supervisor’s social media accounts, gives “transparency tours” of the office, and fields public record requests, many of which seek information that simply isn’t kept.

It “has very much become a full-time job,” Robertson said of countering election-related disinformation after Trump and his supporters spread falsehoods.