As Food and Energy Prices Continue to Rise, UK Inflation Reaches a Record 40-Year High of 10.1% 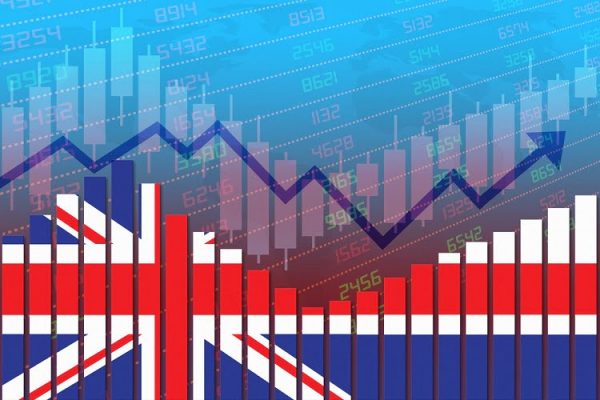 Inflation in the United Kingdom reached a new record high in July as the nation’s families continued to feel the effects of historically high food and energy costs.

According to figures released by the Office for National Statistics on Wednesday, the consumer price index increased by 10.1% yearly, above the consensus estimate of 9.8% provided by Reuters and increasing from 9.4% in June.

Core inflation, which excludes items like energy, food, alcohol, and tobacco, was higher than expected at 6.2% in the year ending in July 2022, increasing from 5.8% in June.

According to the ONS’s study, the increase in food prices between June and July had the most impact on annual inflation rates.

According to the ONS, estimates for consumer price inflation range from about 11% in January to roughly 6.5% in December, and “indicate that the CPI rate would last have been higher around 1982.”

The Bank of England has raised interest rates six times in a row in an effort to contain inflation. This month, it raised rates by the most since 1995 and forecasts that the United Kingdom will experience its longest recession since the global financial crisis in the fourth quarter of the year.

The Bank predicts that inflation will reach its peak in October at 13.3%. The two candidates for the Conservative Party leadership, Liz Truss and Rishi Sunak, are under increasing pressure to offer radical solutions to the nation’s historic cost-of-living crisis. One of them will succeed Boris Johnson as prime minister on September 5 as determined by a poll of party members.

According to the most recent predictions, the U.K.’s annual energy price cap could increase from its current £1,971 to £4,266 ($5,170) early next year, with many households already having to choose between heating and eating. Following the subsequent review, the cap is anticipated to increase to more than £3,000 in October.

According to ONS statistics released on Tuesday, the second quarter of 2022 saw the worst yearly decrease in real wages in the history of the United Kingdom at 3%.

Despite a 4.7% increase in average salary (before bonuses), the cost of living is surpassing wage growth and putting pressure on household incomes.

According to Dan Howe, head of investment trusts at Janus Henderson, “today’s inflation data serve as a further reminder to many UK consumers that they are facing a period of substantial financial struggle.”

“Consumers are already dealing with rising energy prices and growing household expenditures, which are all made worse by a lack of effective political action. There is little question that British households will have to make difficult decisions amid rumors of strikes and energy outages.

There is no doubt that the cost-of-living crisis will worsen before it improves, according to Richard Carter, head of fixed interest research at Quilter Cheviot, who also predicted that the Bank of England will likely respond at its next monetary policy meeting with yet another 50 basis point interest rate hike in an effort to combat inflation.

The next Prime Minister will undoubtedly face a lot of pressure to lessen the hit, and the Bank of England will still have a very tough job on its hands, he continued.