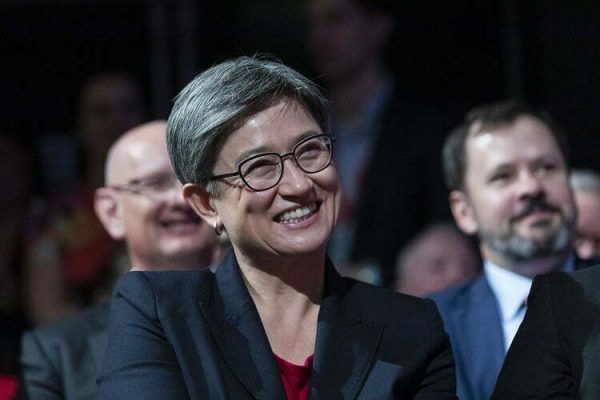 Funding for Australia’s police deployment in the Solomon Islands, regional aerial surveillance, and an Australian Border Force network are some of the other areas of funding that Australia has committed to providing. Australia has promised to give Pacific island nations millions of dollars to help them deal with the “existential threat” of climate change.

During her speech at the Pacific Way Conference in French Polynesia, the Australian Minister for Foreign Affairs, Penny Wong, announced that Australia would increase its total budget for overseas development assistance by 1.4 billion Australian dollars (approximately $878.3 million) over the course of the next four years. The Pacific area will get close to 900 million Australian dollars, which is about $565 million.

Grateful for the opportunity to discuss Pacific institutions and our shared priorities in the region with French High Commissioner Spitz in French Polynesia.

We are committed to working closely together, including in regional disaster response alongside NZ. pic.twitter.com/DVXzASNTaM

Next week, Australia will release an updated version of its federal budget, which will include an allocation of 46 million Australian dollars (approximately $29 million) to fund the country’s police deployments in the Solomon Islands. Since the riots that broke out in Honiara in 2017, these officers have been helping to keep the city safe.

Wong said the help was meant to help regional partners “provide their own security so they don’t have to depend on others as much.”

According to Reuters, Wong was quoted as saying, “Without these investments, others will continue to fill the vacuum.” She also pointed the finger at past Australian administrations for losing progress in the Pacific, where “we have a lot of catching up to do.”

According to the Australian Broadcasting Corporation (ABC), Wong said that the budget promises would be a “significant step towards the aim of making Australia stronger and more influential around the globe.”

The national broadcaster said that the ABC would also get 32 million Australian dollars, which is equivalent to $20 million, in order to increase the transmission of material across the area.

Australia, the United States of America, and New Zealand have each expressed growing concern regarding China’s solid economic, political, and security advancements in the Pacific Islands region. One of these changes is a security agreement with the Solomon Islands. Australia, the US, and New Zealand all worried that this would let Beijing set up a military base near them.

During an official visit to Canberra at the beginning of this month, the Prime Minister of the Solomon Islands, Manasseh Sogavare, stated that his nation would never permit foreign military installations to be established in its territory, and he reaffirmed that his nation would not “undermine” regional security in the Pacific. This statement was made.

Wong stated that her visit to French Polynesia was the twelfth Pacific island country or territory she had visited since the election of Prime Minister Anthony Albanese in May. She went on to say that her involvement highlighted “the priority that the new Australian Government attaches to this region.”

Wong said that with the official opening of an Australian Consulate-General on Friday in Papeete, the capital of French Polynesia, Australia became the only nation in the world to have a diplomatic presence in every country or territory that is a member of the Pacific Islands Forum (PIF). The PIF is comprised of 18 different countries and territories.

“Our territory is fraught with a myriad of difficulties. Climate change, recovering from COVID-19, and competing strategically are the three problems that have been outlined by PIF officials. “The existential danger posed by climate change is now the most serious of them all,” she added.

Wong said, in reference to the fact that climate change posed “the single biggest danger” to people’s lives, ways of life, and the region’s overall security, that “You have called on us to act.” You have been heard by us. And we have given our response. ”

As part of the Pacific Maritime Security Program, the minister of foreign affairs also talked about Australia’s promise to build an Australia-Pacific Defense School and fight illegal and unregulated fishing by increasing the amount of time spent on aircraft surveillance.