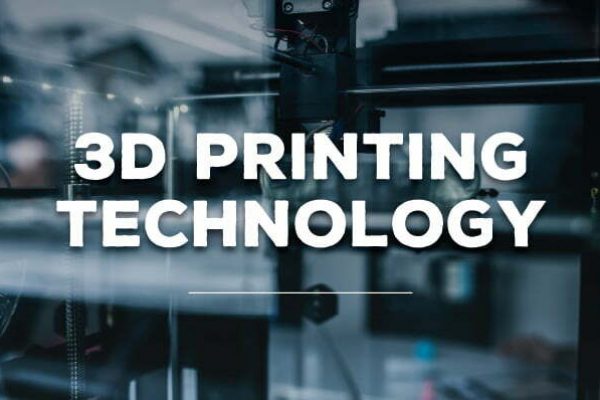 It always surprises us when there is a disruption. The world changes when someone with a “just wild enough” concept implements it. And typically, this develops in response to an unmet demand in the market, the industry, or both.

Interestingly, a similar disruption—the 3D printing of circuit boards—seems to have reached the doorstep of the minimum automotive industry. And the timing couldn’t be better: it comes just as established automakers are having trouble bringing new, electric vehicles to market rapidly, while supply chain problems abound and some combination of inflation or recession hovers over us like a distant thunderstorm. And even while publications predicting the end of 3D printing undoubtedly sound like Chicken-Little cries by this point, this wacky enough technology disrupts traditional design and manufacturing with improvements to design, controls for suppliers, and speed to market.

The appeal of 3D printing has always been the idea of “speed to market”: swiftly produce prototypes, ascertain client preferences using Lean User Experience or other similar approaches, and refine your product through iteration. However, historically, such agility was only accessible for off-vehicle technology, bracketry, or housings (e.g., servers running software). Circuit board replacement still took 8 to 10 weeks. Thus, the cliche “We’ll fix it in software” spread like wildfire: maintain the flawed design while improvising solutions using more malleable system components. Period.

The team can now test system lag and performance more quickly and iterate on the architecture thanks to 3D printing, which can produce a new circuit board in thirty (30) hours. Zivi Nedivi, President of Nano Dimension, an Additive Manufactured Electronics (AME) printing company, says that additive systems change the cost structure for full-scale production in addition to giving designers more freedom to experiment and repeat. This shortens the time it takes to design and develop high-performance electronic devices, or Hi-PEDs. AME can produce finished circuit boards in less than two days instead of the traditional two months, which helps to dramatically shorten the overall cycle time. These savings pile up to be very significant when innovation depends on multiple iterative cycles.

The packaging engineer is no longer limited to a flat, rectangular board that struggles to fit in specific locations (such as the A-pillar or steering column), and the structural engineer is no longer as concerned about vibrational and tensile forces that plagued conventional designs. This is perhaps the most fascinating aspect of this technology for the automotive industry. You desire a box. perhaps a honeycomb? or whatever form that the reinvented vehicle can take? All are welcomed, and the flexibility allows for special integrations, lighter designs, stronger constructions, and a variety of other value propositions. According to Nedivi, “AME-produced circuit boards can be modified to in a million shapes and sizes.” This is perfect for rapidly changing automotive designs, especially those with conformal features, such rounded edges.

The revised design’s focus on sustainability, the original customer requirement driving the change to electric vehicles, is another understated yet intriguing feature. Globally, consumers and governments are concerned about how the car industry may affect climate change and are clamoring for environmental concerns. Surprisingly, 3D printing the circuit boards aids in achieving this objective. Sustainability is a very regrettable and frequently overlooked negative aspect of traditional electronics manufacturing, according to Nedivi. “A lot of energy and chemicals are used. It’s important to keep in mind how the cars are built, particularly when it comes to the electronics, as the automotive industry works to promote sustainability through the vehicles themselves. Independent studies have demonstrated that AME is superior in terms of the chemicals and energy needed, as well as other other factors, such as water and waste.

Readers shouldn’t be surprised to learn that the globe is arguably going through its worst supply chain crisis ever. Global Supply Chains in a Post-Pandemic World, an article by Willy Shih in the Harvard Business Review, states that “vulnerabilities in the production strategies and supply chains of firms pretty much everywhere were exposed by the supply shock that started in China in February [of 2020] and the demand shock that followed as the global economy shut down.” And as a result of all of this, manufacturers around the world will face growing political and competitive pressures to boost domestic output, expand employment at home, reduce or perhaps do away with their reliance on sources that are seen as dangerous, and reconsider their usage of reducing the amount of inventory retained in their global supply chains through lean manufacturing practices.” Wuhan’s manufacturing has stopped? Print a few pieces. Need for a special build for a low-runner in service print a few pieces. Do the shipping docks have a backup? Print a few pieces. There is an infinite amount of options for lowering these operational hazards.

This internal printing also aids in protecting intellectual property (IP). It doesn’t expose game-changing innovation to reveal to numerous suppliers the design of necessary bolts or bracketry, but software and electronics are now the actual differentiators and need further protection from exposure. IP control is a further significant benefit of AME, according to Nedivi. “To preserve control over cutting-edge designs, you can manufacture everything internally. A [maker] can freely innovate knowing that the concepts and intellectual property are tightly guarded.