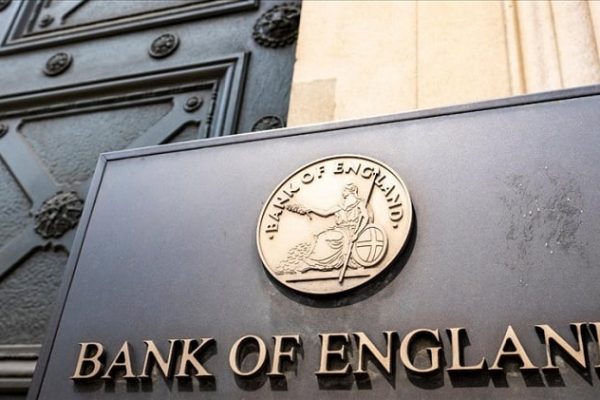 Even as the chances of a recession increase, the Bank of England is anticipated to increase interest rates on Thursday by the highest since 1995 in an effort to prevent a spike in inflation from permeating the British economy.

When the Bank of England makes its choice at 1100 GMT, the majority of investors and analysts anticipate it to raise its benchmark rate by half a percentage point to 1.75 percent, its highest level since late 2008 at the beginning of the global financial crisis.

Britain’s primary inflation rate has increased to 9.4%, according to the Resolution Foundation think tank, and might reach 15% in early 2023 as a result of the effects of the Russian invasion of Ukraine and the post-pandemic stresses on the global economy.

The Bank of England, which has already increased borrowing prices five times since December, declared in June that it would take decisive action if inflation pressures persisted for an extended period of time.

Since then, the public’s expectations for inflation have tempered a little and business pricing strategies have also done so, perhaps supporting the Monetary Policy Committee’s rationale for maintaining its quarter-point rate changes.

However, following significant rate increases by the U.S. Federal Reserve, the European Central Bank, and other central banks, which weakened the value of the pound and potentially increase inflation, pressure on Governor Andrew Bailey and colleagues has increased.

According to James Smith, an economist at ING, “we know they’re anxious about sterling and in that sense they don’t want to be left as the odd one out by not joining the 50-basis-point club.”

More than 70% of the 65 economists surveyed by Reuters in a poll released on Monday predicted a half-point hike.

In addition to everything else, Liz Truss, the front-runner to become the next prime minister of Britain, has questioned the BoE’s track record of managing inflation.

She wants to reevaluate the BoE’s mission and establish “a clear direction of travel” for monetary policy.

However, some experts believe the Bank of England may act cautiously.

The newest figures suggest that core inflation has decreased, and the central bank’s fresh predictions, which are expected on Thursday, are likely to show a substantial decline in inflation in the next two and three years. These are all signs that the global economy is slowing down.

The Bank of England stated in its most recent predictions released in May that it expected almost no economic growth in Britain until at least 2025.

A think group called the National Institute of Economic and Social Research predicts an impending recession that would compel more than a million people to choose between paying for enough food and heating their houses.

According to Samuel Tombs of Pantheon Macroeconomics, “Given this scenario, we doubt the MPC will determine Bank Rate needs to rise as soon as markets predict.”

The Bank of England is also expected to provide additional information on its intentions to begin selling the government bonds it has accumulated over more than ten years of economic stimulus.

Bailey said last month that over the course of a year, the BoE’s 844 billion pound holdings of gilts might be reduced by 50 to 100 billion pounds ($61-122 billion).