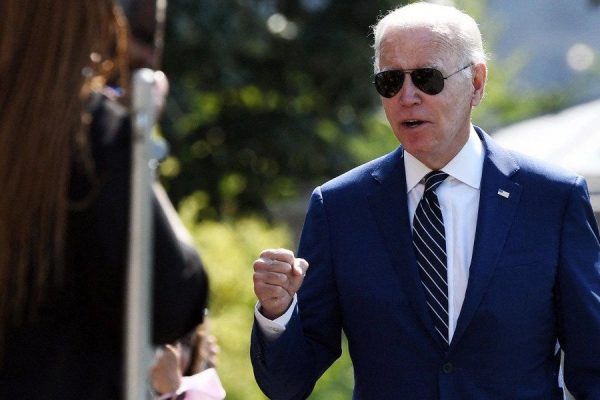 Many opponents of President Biden’s proposal to cancel hundreds of billions of dollars in student loan falsely assume that wealthy alums of elite universities like Harvard and Yale would benefit most from the initiative.

The middle class will be the primary beneficiary of Mr. Biden’s initiatives. Independent studies show that young people and African-Americans make up a disproportionate share of those who qualify for debt relief. And they are heavily represented among the middle class, or those with an annual family income of $51,000 to $82,000.

The majority of impacted borrowers had annual incomes of $75,000 or less, according to estimates from the Department of Education. Under one percent of all federal student loan debtors are alumni of the nation’s Ivy League universities.

Many people from different educational levels and with different incomes will benefit from the entire extent of Mr. Biden’s proposal, according to economists. This is because the plan includes major modifications that aim to cut the payments that millions of borrowers will make for years to come.

Economist Constantine Yannelis of the University of Chicago’s Booth School of Business said, “You’ll have a lot more individuals who are making zero payments and will get big debt forgiveness in the future.” “The debtors who genuinely need the help are going to receive it,” the president said.

The scheme has sparked a heated discussion as economists and political officials weigh the costs and benefits of such debt forgiveness. It might cost as much as $500 billion over the next decade, putting a strain on the budgets of future generations of Americans.

Another possible outcome of the strategy is a more rapid increase in tuition prices at universities. If students believe the federal government would assist them repay their student loans, schools may encourage them to take on as much debt as possible to offset rising tuition costs.

Both liberal and conservative economists have voiced concerns that the initiative would contribute considerably to the greatest inflation rate in four decades. However, there is evidence to show that this is not the case, and that American consumers will not witness a rise in costs as a result of the program.

Economists agree that the impact on consumer prices of Mr. Biden’s proposals, which include both debt forgiveness and the restarting of loan payments for all borrowers next year after a nearly three-year break, would be negligible.

Goldman Sachs analysts noted in a research note published on Thursday that debt forgiveness that reduces monthly payments is marginally inflationary in isolation but that the resumption of payments is anticipated to more than balance this.

Future taxpayers may end up bearing the bulk of the plan’s costs, which are estimated to add up to $500 billion to the federal debt. Economists believe that the distribution of this cost will be determined by future tax and spending policies, namely by who pays any extra taxes legislators could impose to lower the federal budget deficit, and by who suffers from any expenditure cutbacks intended to do the same.

The expense of higher education for at least some future students may increase as a result of Mr. Biden’s actions, according to experts.

Americans who tried to climb the economic ladder with just a high school certificate will not benefit from the debt reduction program.

Mr. Yannelis said that “the absolute poorest Americans are not going to profit too lot.” They don’t qualify for student loans since “many of that group don’t go to college.”

However, Mr. Biden’s decision to provide more substantial debt relief than even many of his backers anticipated represents what independent experts think would be his most targeted aid yet to middle-class workers and one that may help more young people into the middle class.

However, despite anticipated legal battles, the initiative has the potential to assist tens of millions of debtors get out from under their debt.

On Wednesday, Vice President Biden said that borrowers with individual wages up to $125,000 or family incomes below $250,000 would be eligible for a loan forgiveness of up to $10,000 from the Department of Education. Students from low-income households who earned federal Pell grants throughout their time in school would be eligible for an extra $10,000 in debt reduction.

He also announced steps to guarantee that borrowers who make their loan payments won’t end up in financial ruin because of excessive interest charges by capping their monthly payments at 5% of their discretionary income.

A significant part of Mr. Biden’s proposal, the Pell grant, and efforts to reduce future payments for borrowers with lower incomes seemed to be added at the last minute. According to Mr. Yannelis and other academics, they probably increased the price quite a bit and skewed a considerably bigger portion of the advantages toward middle-class borrowers.

As a result, the deficit-reduction advocacy organization in Washington, DC, the Committee for a Responsible Federal Budget, now predicts that the overall cost of the changes might reach $500 billion over the next decade.

An identical estimate of the plan’s price tag was scheduled to be released by the Penn Wharton Budget Model at the University of Pennsylvania on Friday. More than a third of the advantages from the president’s student loan reforms will go to families earning between approximately $51,000 and $82,000 per year, according to that estimate, making this income bracket the one that benefits the most.

In contrast, the Budget Model predicted that the highest fifth of earnings would get more than two-thirds of the benefits from the almost $2 trillion in tax cuts that Republicans approved in 2017.

Mr. Biden has positioned his plan as a victory for future members of the middle class as well, arguing that high student debt has effectively broken an economic promise America offered young people in recent decades: do what you can to pay for a college education, and you’ll be rewarded with a job that can afford the comforts of home, health care, and more.

Mr. Biden, in unveiling the plans on Wednesday, said, “an whole generation is now burdened with unsustainable debt in return for an effort, at least, at a college degree.” This is such a huge obstacle that getting a college degree may no longer guarantee you a comfortable middle-class lifestyle.

Republicans have emphasized the fact that Mr. Biden has attempted to benefit elites at the cost of everyone else in an effort to convince voters that debt cancellation would not reach anywhere near a majority of American voters, a point conceded even by those who favor the move.

Proponents of the change argue that relieving the burden of student loans might improve people’s lives more than any other policy, even those accessible to Vice President Biden via executive action.

New York Democrat and Senate Majority Leader Chuck Schumer stated in an interview, “Not every American says I’m for this, like, say, cutting the prices of prescription medicine.” However, “it is really profound.”

Left-wing critics argue that Mr. Biden should go much farther, and that until he does so, he is not helping the genuinely poor.

President of the racial justice organization Color of Change Rashad Robinson stated, “While the student loan forgiveness proposal is a wonderful step forward that will offer some amount of relief to millions of Black borrowers, the fact is that it’s just not enough.” For the sake of closing the racial wealth disparity, the Biden administration must wipe off all outstanding student loan debt.