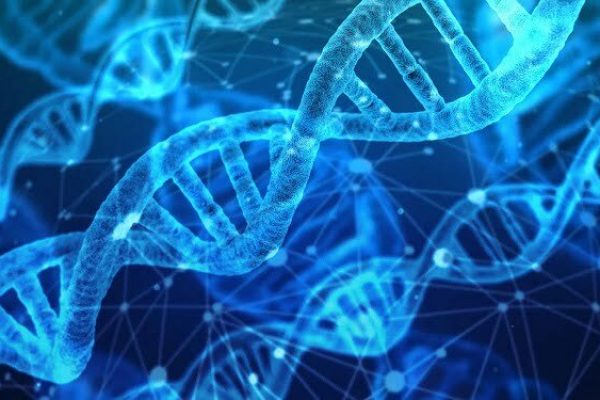 Trends in the biotechnology sector have focused on diversifying patent creation and investing large sums of money early in the lives of many companies without anticipating short-and mid-term results. This portrayal of the industry has the potential to frighten away investors and fuel scepticism.

But in the last three years, fundraising has exploded, reaching its peak in 2021 with a year-over-year increase of 39.6%. The growth of the biotech sector over the past three years provides hope for the market’s current stage of development.

Due to the industry’s long-standing connection to the R&D paradigm, income will continue to exist. Something that may or may not interest investors. However, it is also a fantastic piece of work for those who can wait as it will directly impact the development of society.

The total increase in investments during the course of the triennium was 148%. A wonderful outcome that removed the shade from biotech enterprises and increased their visibility greatly.

The general public is now aware of several pharmaceutical businesses and personalised medicine therapies. Numerous venture capital firms and lone investors are investing in this market. It appears that the trend will continue toward higher-quality investments of greater size.

The size of the worldwide biotechnology market was assessed to be USD 1,023.92 billion in 2021, and it is anticipated to expand at a CAGR of 13.9 per cent from 2022 to 2030. Government activities aimed at modernising the regulatory framework, enhancing approval procedures and reimbursement practise, and standardising clinical studies all contribute to the market’s growth. Personalized medicine’s expanding influence and the rise in orphan drug formulations are creating new opportunities for biotechnology applications and attracting new, creative biotechnology firms, which is helping to increase market revenue.

The COVID-19 pandemic has had a favourable effect on the world market by spurring an increase in prospects and developments for drug discovery and the production of vaccines for the illness. One such example is the production of approximately 11 billion doses of the COVID-19 vaccine in 2021, which allowed for the vaccination of over half of the world’s population in a single year. As evidenced by a combined revenue generation of almost USD 31 billion in 2021 from Moderna, Pfizer/BioNTech, and Johnson & Johnson vaccines, the success of mRNA vaccines and expedited approval processes have also caused a boom in vaccine-related revenues. Growing demand for biotechnology techniques for agricultural applications, including among others, micropropagation, molecular breeding, tissue culturing, conventional plant breeding, and the production of genetically modified crops, has also fueled the market expansion.

The Alliance for Regenerative Medicine reports that in 2021, firms working on cell and gene therapies raised approximately USD 23.1 billion in funding globally, a rise of almost 16 per cent over the USD 19.9 billion total for the previous year. The development of an in vivo CRISPR treatment for transthyretin amyloidosis by Intellia Therapeutics and Regeneron, as well as other clinical successes of major gene therapy providers in 2021, are having a substantial impact on the market’s expansion. The market is predicted to grow in response to the rising need for therapeutic treatments for chronic diseases such as diabetes, cancer, age-related macular degeneration, and practically all types of arthritis.

Major companies are researching and creating pipeline treatments for cardiovascular diseases, Parkinson’s and Alzheimer’s diseases, Parkinson’s, and other neurological disorders. For instance, according to clinicaltrials.gov, 28 medicines were in phase III trials for the treatment of Alzheimer’s disease as of January 2021, out of 126 compounds now being tested in clinical trials. The use of fermentation technology in the life sciences and healthcare sectors is pervasive and has boosted market expansion. Enhancements in fermentation technology and a rise in its popularity have been brought about by a number of changes and improvements to conventional bioreactors, including the advent of vortex bioreactors and streamlined bioreactors.

Additionally, vortex bioreactors have been modified for wastewater treatment in order to improve operating feasibility. In the near future, market growth is anticipated to pick up due to these adjustments and advancements in fermentation technology. It is being investigated if CAR T and TCR T-cell treatments can be used to treat chronic viral illnesses like HIV, hepatitis B, and SARS-CoV-2. For instance, Duke-NUS Medical School researchers are examining the efficacy of T-cell therapy in treating the COVID-19 infection. The functional profile of TCR-redirected T cells has been shown to be similar to that of SARS-specific CD8 memory T cells isolated from individuals who have recovered from the infection.

It is anticipated that these findings will fuel the market and open up new research opportunities in this area. In the past few years, biotechnological methods have gained a lot of popularity, including genetic editing, DNA fingerprinting, and stem cell technologies. The market for stem cell technologies is expanding as a result of advances in biologics demand, stem cell therapies technology, and a growing emphasis on the creation of tailored medications. Applications for DNA fingerprinting in forensic research are growing, including those for measuring the degree of inbreeding and examining familial links in animal populations. Similar to this, methods like cloning and genetic engineering are being employed more and more in the production of sophisticated biological compounds as well as animal breeding.