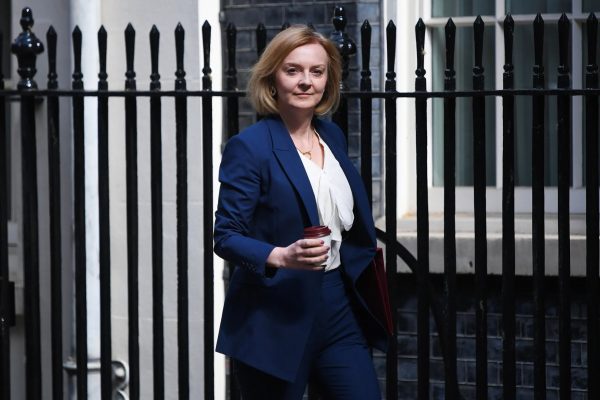 On Thursday, the British prime minister’s difficulties multiplied as a senior Conservative party source indicated that some of the Liz Truss’s own MPs were contemplating campaigning for two of her erstwhile opponents to replace her.

Conservative backbenchers are “fishing about” for a prospective successor for (finance minister) Kwasi Kwarteng, even for Liz Truss, Paul Goodman told the BBC.

Less than 40 days into her government, the editor of the prominent ConservativeHome site, a former Tory MP, warned that “all kinds of names being bandied about” to replace the troubled leader.

Former Finance Minister Rishi Sunak ran against Truss for the leadership of the Conservative Party, and “even Boris Johnson,” the man she succeeded as premier and party leader at the beginning of this month, was among those who opposed her.

It has been suggested that Penny Mordaunt and Rishi Sunak, who received between them over two-thirds of MPs’ votes in the leadership campaign, form an alliance and assume power.

Mordaunt, a former member of the defense ministry who is now a cabinet member, also ran against Truss and lost.

Truss made her first appearance in parliament since her government’s contentious mini-budget on September 23 sparked weeks of economic instability on Wednesday.

She assured legislators she was “absolutely” dedicated to keeping spending at its present level.

Fears have increased that she may reduce government department budgets, reverting to the unpopular austerity strategy of a decade ago, as a result of the additional borrowing intended to pay for the tax cuts in the mini-budget.

However, Goodman expressed doubt that ministers and Conservative MPs could pull together the necessary level of cutbacks to public expenditure.

And if they do, whether they will be acceptable to the markets or if the markets would now demand the retraction, in effect, of the mini-budget, or most of it, that Kwasi Kwarteng announced just very recently.

He said that in recent days, a few of lawmakers have called for a government about-face on Truss’s tax-cutting measures.

It’s hard for me to say if they constitute a majority, but if I’m right, the administration will have a hard time putting together this set of cutbacks.

“Those are pretty strong ideals, and it was all about making sure that taxes were lowered a little bit for 30 million people. Keep with them, in my opinion.

He emphasized how important these measures were for the prime minister’s economic goal.

Cleverly added of Truss, who succeeded Boris Johnson in government only last month, “I believe that changing the leadership would be a disastrously stupid decision, not just politically but also economically, and we are certainly going to keep focused on expanding the economy.”

Truss and some of her party members met on Wednesday, and his remarks followed. Truss is the fourth leader of the Conservative Party in as many years.

In July, Johnson resigned because of widespread discontent with his administration as a result of many scandals.