China and it’s Control Over Sri Lanka and Pakistan 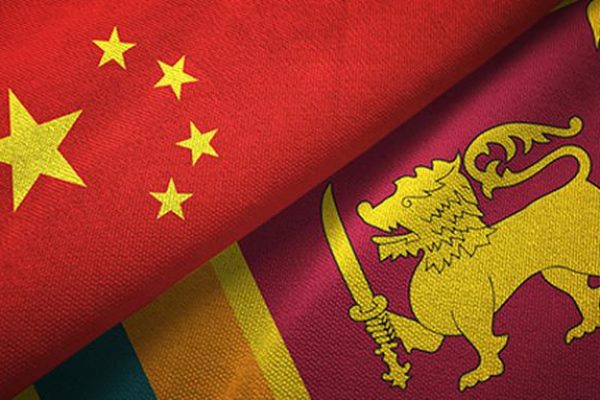 “The US has charged China with employing “”debt diplomacy”” in recent years to increase Beijing’s dependence on developing nations all over the world.

However, the experiences of Pakistan and Sri Lanka, two allies of China who are currently experiencing catastrophic financial problems as a result of rising inflation, demonstrate that President Xi Jinping’s administration is growing more hesitant to open the pocketbook. China has yet to fulfill its promise to reissue $4 billion in loans that Pakistan paid back in late March, and it has not replied to Sri Lanka’s requests for $2.5 billion in credit support. China has promised to assist both nations, but the more circumspect attitude reflects both a strengthening of Xi’s iconic Belt and Road Initiative and a reluctance to be perceived as meddling in complicated domestic political affairs. Imran Khan, a former cricket star, was ousted from office by parliament on Monday, and demonstrators are putting pressure on Sri Lanka’s government to resign.

Over the past ten years, China has surpassed the World Bank and the International Monetary Fund in its financing of developing nations, making it the largest government creditor in the world. The secrecy surrounding the terms and size of some of those loans has drawn criticism, particularly as the epidemic worsens financial issues in poorer nations. The technological and financial capitals of Shanghai and Shenzhen are presently closed due to lockdowns to manage the country’s greatest Covid epidemic since early 2020. China is currently experiencing its own economic difficulties. As analysts warn the official GDP target of 5.5 percent is now in peril, Premier Li Keqiang instructed local officials on Monday to “”increase a feeling of urgency”” when executing measures.

The scenario in Sri Lanka is the same, and this time there is no India to blame for the country gazing down a political and economic abyss with practically any foreign reserves to buy petrol and oil. The Rajapaksa Corporation is entirely responsible for the country’s serious economic crisis caused by its decision to borrow money at exorbitant interest rates from China for the construction of infrastructure. The island country is currently in lockdown, leaving the populace with little choice but to demonstrate against the Rajapaksa family’s poor leadership. Countries like the Maldives, Nepal, and Bangladesh are being compelled to reconsider taking out Chinese infrastructure loans and joining the BRI plan due to the developing crises in Pakistan and Sri Lanka. Not so long ago, the Chinese ambassador to Nepal used to be the dominant figure in Nepali politics, receiving homage from Maoist and Communist officials.

While Sri Lanka appears to have understood the mess its economy is in, Pakistan’s economic recovery has been made more difficult as PM Niazi has thrown the nation into a full-blown political crisis for his own survival. By highlighting the Biden administration’s secret collaboration with the opposition to overthrow his government, he is attempting to incite public emotion in his favor. It appears that the US still prioritizes Pakistan despite the Russian President’s invasion of Ukraine.

For Pakistan’s economy, the China-Pakistan Economic Corridor (CPEC) was hailed as a game-changer. China’s decision to build a road across Pakistan-occupied Kashmir was a calculated one (PoK). India objected to China assuming control over PoK. Even though some of the CPEC projects have not yet started, those that are already underway don’t seem to be of any use to the locals. China has stopped some of the projects, citing Pakistan’s inability to pay back nearly $1.5 billion of unpaid debts. However, in actuality, it can be due to Covid-19’s revival in China. In any case, it appears that the CPEC narrative is done.

China may start exploring an alternate route to ports in the Indian Ocean in a few months when Pakistan is insolvent. With the introduction of the Indo-Pacific Economic Framework for Prosperity and other developments, New Delhi now has a window of opportunity to change South Asia’s geopolitics in a way that serves its own interests and establish itself as a reliable trading partner for anyone in the region willing to join in, including Beijing.”