China, Inflation, and Other Global Economic Trends to Keep An Eye on in 2023 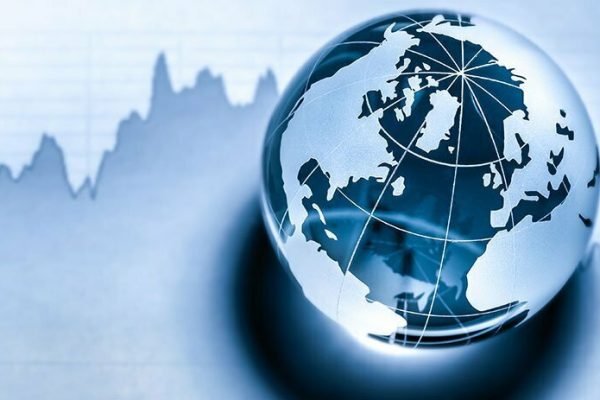 The next year will bring both challenges and possibilities for the economy of the world, as a result of factors such as increasing interest rates and the reopening of China’s markets.

The global economy has had a turbulent year, and 2023 doesn’t seem much better.

Even though the economy is still weak after the pandemic, rising interest rates threaten to suffocate it. Meanwhile, Russian President Vladimir Putin’s conflict in Ukraine keeps the food and energy markets from being stable.

Even though there are worries that the virus’s wide spread among China’s 1.4 billion people could lead to more dangerous strains, the country’s reopening after three years of strict pandemic restrictions gives the world’s recovery a boost of confidence.

Even though inflation is predicted to fall worldwide in 2023, it will still be brutally high.

Predictions from the International Monetary Fund (IMF) indicate that worldwide inflation will reach 6.5% in 2023, down from 8.8% in 2022. Inflation in developing nations is forecast to fall to 8.1% in 2023, which is less respite than developed economies would get.

Inflation is expected to continue to exceed the 2% target established by most Western central banks, according to Alexander Tziamalis, a senior economics professor at Sheffield Hallam University who spoke with Al Jazeera.

For the foreseeable future, the costs of energy and basic commodities will be high. Inflation is greater than usual because of many factors, including the partial reversal of globalization, which raises the cost of imports; labor shortages in many Western nations, which raise the cost of manufacturing; and green transition efforts to tackle the biggest danger our species confronts.

Reduced Growth and a Downturn

Even though price increases should slow down in 2023, the economy will definitely grow much more slowly as interest rates continue to rise.

But many analysts are more pessimistic and say that there will be a global recession in 2023, only three years after the first slowdown caused by the disease.

Last month, Zanny Minton Beddoes, the editor-in-chief of The Economist, wrote an article called “Why a worldwide recession is unavoidable in 2023.” This article painted a bleak picture.

The top economist at the IMF recently warned that slow growth, high prices, and rising interest rates could make 2023 seem like a recession to many people, even if the global economy does not officially go into recession, which is usually defined as two consecutive quarters of negative growth.

Pierre-Olivier Gourinchas predicted in October that the “three greatest economies,” the United States, China, and the euro area, would remain stagnant. For many individuals, 2023 will seem like a recession, so brace yourself: “In short, the worst is yet to come.”

The Resumption of Chinese Trade

In response to unusually widespread public outcry, China has started rolling back its infamous “zero COVID” policy, which has resulted in almost three years of punitive lockdowns, mass testing, and border closures.

As of January 8, strict internal rules will no longer be in place, which will allow China’s international borders to be opened again.

The global recovery could get a boost from the reopening of the world’s second-largest economy, which has slowed significantly over the last year.

Under “zero COVID,” companies like Apple and Tesla kept running into problems, but now that the restrictions have been lifted, they can breathe easier. Big exporters like Indonesia, Malaysia, Thailand, and Singapore would also benefit from a rise in Chinese consumer demand.

China’s hospitals are full of sick people, and morgues and crematoriums say they can’t keep up with the number of deaths, even though Beijing has stopped making COVID numbers public.

According to some medical specialists, up to 2 million fatalities might occur in China in the following months.

Some doctors are worried that as the virus spreads quickly through China’s huge population, new, more dangerous strains could appear.

Alicia Garcia-Herrero, chief economist for Asia Pacific at Natixis, told Al Jazeera, “Barring this really disruptive opening up, I believe that the market will perform fantastic.”

Garcia-Herrero said that markets would begin to see a speedy rebound of the Chinese economy “once they see the end of the tunnel,” which he predicted would be somewhere in late January or early February.

Also, keep an eye out for a significant mutation, which “may be either less harmful or might be more deadly, and I believe if the latter occurs and we start seeing closures of borders again, that would be traumatic for investor confidence.”

Bankruptcies actually decreased in many nations in 2020 and 2021, owing to a mix of out-of-court deals with creditors and massive government stimulus, notwithstanding the economic destruction wreaked by COVID-19 and lockdowns.

Rising energy costs and interest rates are forecast to put a stop to that pattern in 2023.

Allianz Trade predicts that the number of companies going bankrupt around the world will rise by more than 10% in 2022 and by 19% in 2023, reaching levels not seen since before the pandemic.

“The COVID epidemic forced many businesses to take out large loans, which made them even more dependent on cheap loans to make up for the loss of competitiveness in the West caused by globalization,” said Tziamalis.

“The future of heavily indebted enterprises is uncertain in the face of a perfect storm of rising interest rates, escalating energy costs, skyrocketing raw material costs, and falling consumer expenditures… It’s also important to note that Western governments’ rising deficits and prioritization of support for families have reduced their desire for direct assistance to the business sector.

The fight to reverse globalization has gained steam in 2018, and it seems certain to keep picking up steam in 2023.

Since President Trump started it, the trade and tech fight between the US and China has gotten worse under Vice President Joe Biden.

Vice President Biden signed the CHIPS and Science Act in August to stop the growth of China’s semiconductor industry and make it easier for the U.S. to make its own chips.

The passing of the law is just the latest example of a general trend away from free trade and economic liberalization and toward protectionism and more self-sufficiency, especially in important areas related to national security.

In a talk he gave earlier this month, Morris Chang, the founder of Taiwan Semiconductor Manufacturing Company (TSMC), the world’s largest chip maker, said that he was sad that globalization and free trade are “almost dead.”

Tziamalis said that the West, and the United States in particular, felt threatened by China’s economic growth and were putting economic and military pressure on the rising superpower.

There is little chance of a full-scale conflict breaking out over Taiwan, but all nations participating in the trade war may expect higher prices on imported goods and weaker economic development.