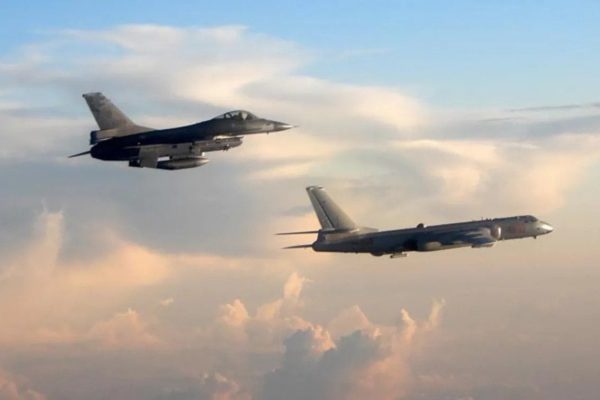 In the previous twenty-four hours, more than seventy Chinese aircraft, including fighter planes and drones, have flown into the zone, and 43 of them have temporarily breached the median line that separates the two sides of the Taiwan Strait.

Although the middle line serves as an unofficial barrier between the two sides, Beijing has never acknowledged it in any official capacity.

Additionally, according to Taiwan’s defense ministry, seven Chinese naval ships were seen in the area around Taiwan.

“This is a forceful reaction to the ongoing US-Taiwan escalation and provocation,” Shi Yi, a spokesperson for the Chinese People’s Liberation Army, Eastern Theatre Command, stated.

Shi was speaking on the United States Department of Defense funding bill, which endorsed increased security cooperation with Taiwan and labeled China as a strategic threat.

The Taiwanese Ministry of Defense said that they had sent combat aircraft in an effort to dissuade the Chinese jets from flying over Taiwan, while missile systems watched the situation.

The Chinese government maintains that democratic Taiwan must be brought back under Chinese rule, and in recent years it has been more belligerent against the island by routinely deploying aircraft or ships toward it.

Taiwan disapproves of China’s assertion that it has sovereignty over the island, and the official news agency of Taiwan has said that there is no cause for fear on the island in light of the most recent event.

During her meeting with military leaders on Monday morning, the President of Taiwan, Tsai Ing-wen, refrained from making any direct references to China’s activities.

In spite of this, she advocated for Taiwan to strengthen its military capabilities in response to “the unchecked growth of authoritarianism.”

She said that the more preparations that are made, the less likely it is that there would be impulsive attempts at violence.

“Taiwan will become both stronger and safer if we can achieve a higher level of unity.”