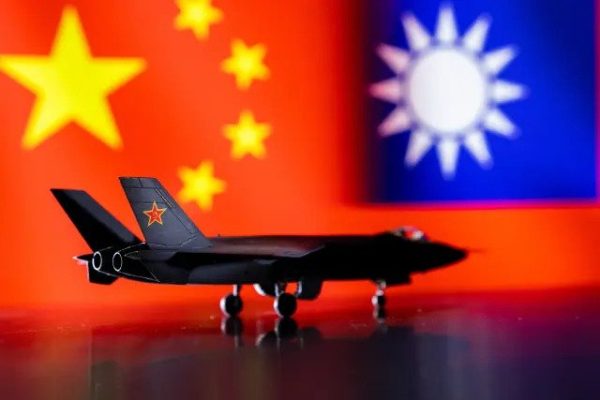 In the area surrounding Taiwan, China has launched ballistic missiles as part of its largest-ever display of military might.

According to Taiwan’s Defense Ministry, Chinese military aircraft entered or crossed the air defense zone of Taiwan on Sunday as Beijing keeps up its military exercises near the island it claims as its own. Though on a much lower scale than last week, China is still conducting military exercises close to Taiwan.

According to Taiwan’s administration, because the People’s Republic of China has never controlled the island, it is not entitled to make claims about it or determine its future, which must be decided by Taiwanese citizens alone.

China has never renounced the use of force to bring democratically governed Taiwan under its control.

Is the war situation getting worse?

After Ms. Pelosi’s visit, which Beijing deemed “very dangerous,” relations between Taiwan and China appear to have drastically deteriorated.

Three of the six risk zones where China conducted military drills in proximity to Taiwan’s territorial seas overlapped with them.

Taiwan claims that the action, which required ships and aircraft to find alternate routes through those areas, infringed its sovereignty and amounted to a blockade.

This intrusion came after 21 Chinese military aircraft flew into Taiwan’s air defense zone on Monday night in the southwest. Taiwan installed anti-aircraft missile systems in response to Chinese aggression and sent an air patrol to monitor the situation.

After a brief but exciting journey that raised the stakes in the Taiwan Strait, Pelosi’s visit to the self-governing island came to a conclusion.

The US House Speaker, who comes after the US vice president in line for the White House, emphasized her nation’s steadfast commitment to defending Taiwan’s democracy and stated that this visit does not in any way go against long-standing US policy on the self-governing island.

Pelosi’s visit to Taiwan, according to China, was a grave violation of the one-China principle and the terms of the joint declaration they both signed.

As part of its military exercises close to Taiwan, the Chinese People’s Liberation Army (PLA) announced missile testing and live shooting on Tuesday.

Shi Yi stated that these steps “are a reasonable deterrence to the recent big escalation of US hostile actions on the Taiwan issue” and “a strong warning to the pro-Taiwan independence forces.”

China has recently boosted its use of grey zone tactics by regularly deploying aircraft into Taiwan’s ADIZ, with the majority of events taking place in the southwest corner.

In 2021, Chinese military aircraft invaded Taiwan’s ADIZ 961 times during a period of 239 days.

The definition of grey zone tactics is “an effort or sequence of efforts beyond steady-state deterrence and assurance that aims to achieve one’s security goals without resorting to direct and substantial use of force.”

China spends more on defense than any other country outside the US and has access to a wide range of weapons, including planes, missile technology, aircraft, and cyber attacks.

Although much of China’s military force is concentrated elsewhere, there remains a large disparity between the two sides overall, for instance in terms of active duty men.

China views Taiwan as a secessionist province that will eventually return to being ruled by Beijing.

The self-governing island, with its own constitution and freely elected officials, perceives itself as different from the mainland.

President Xi Jinping of China has stated that “reunification” with Taiwan “must be realized” and has left open the possibility of using force to accomplish this.