Climate change and its consequences on us. 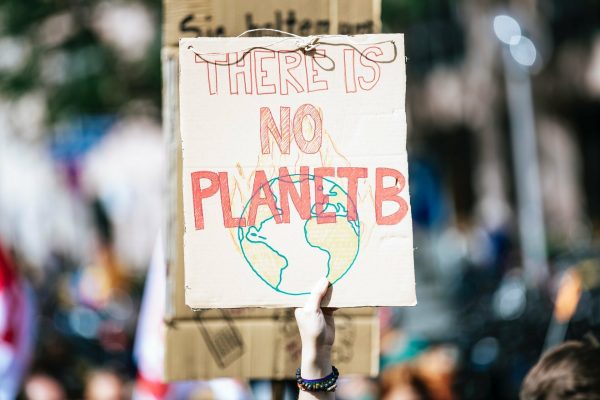 Climate change and its consequences on us.

Long-term changes in temperature and weather patterns are referred to as Climate change. These movements might be due to natural causes, such as oscillations in the solar cycle. However, human activities have been the primary cause of climate change since the 1800s, owing to the combustion of fossil fuels such as coal, oil, and gas.


Weather refers to the state of the atmosphere over a period of hours to weeks, including temperature, humidity, wind, and rainfall. The seas, land surfaces, and ice sheets, which combined with the atmosphere make up the ‘climate system,’ impact it. Climate change is the statistical description of the status of the climate system in its widest definition.

A Climate change in the statistical features of the climate system that lasts many decades or longer—usually at least 30 years—is referred to as climate change. Averages, variability, and extremes are examples of statistical qualities. Natural Factors, such as variations in the Sun’s radiation, volcanoes, internal variability in the climate system, or human effects, such as changes in the composition of the atmosphere or land use, can all contribute to climate change.

The weather may be predicted with reasonable accuracy up to a week in advance. Droughts and other short-term climatic variations may be anticipated with some accuracy from season to season. Changes in the long-term statistics of the climate system (climate change) can, on the other hand, be anticipated if they are produced by known or predictable long-term effects.

Sea levels might increase a meter by 2100, displacing 10% of the world’s population. Countries with archipelagos, such as Indonesia, the Maldives, and Oceania, will be drowned. People will also die in higher numbers as a result of the rising temperatures. The ecology will collapse, putting a third of all life on the planet at jeopardy. Plant growth will slow and ultimately come to a halt. The world’s food hubs will become barren, and one-third of the earth will be without fresh water within 85 years.

The ultimate driver of climate on Earth is solar energy. The amount of solar energy received by Earth is determined by the amount of energy emitted by the Sun and the distance between Earth and the Sun. The atmosphere, clouds, and land, ice, and ocean surfaces all reflect some of this sunlight back to space. Aerosols (tiny particles in the atmosphere, some of which are caused by human activity) can increase sunlight reflection.

The solar energy collected by Earth is eventually radiated back into space as infrared radiation. It interacts with the entire climate system—atmosphere, seas, and land surfaces—during this process. The movement of radiation in the atmosphere has a significant impact on climate. Infrared radiation has little effect on the major gases that make up the atmosphere, nitrogen and oxygen. Certain gases, on the other hand, absorb infrared radiation travelling upwards from the Earth’s surface and re-radiate it in all directions, including below.

They are obstructing the transmission of infrared radiation from Earth to space by doing so. The ‘greenhouse effect,’ and the gases that generate it by reacting with infrared light are referred to as greenhouse gases. Water vapor and carbon dioxide are the most important. Water vapor, carbon dioxide (CO2), and methane are the most important. The greenhouse effect was discovered more than a century ago; without it, Earth’s surface would be around 33°C colder, making it livable.


*an increase in hunger and water crises, especially in developing countries
*threat to livelihoods from floods and forest fires
*health risks due to increase in frequency and intensity of heat extremes
*economic implications of dealing with secondary damage related to climate change


*increasing spread of pests and pathogens
*loss of biodiversity due to limited adaptability and adaptability speed of flora and fauna
*ocean acidification due to increased HCO3 concentrations in the water as a consequence of increased CO2 concentrations
*the need for adaptation in all areas (e.g. agriculture, forestry, energy, infrastructure, tourism, etc.)

Many changes – especially changes in the ocean, ice sheets and global sea level – due to past and future greenhouse gas emissions over centuries to millennia, are irreversible.