Cryptocurrency affecting people around the Globe. 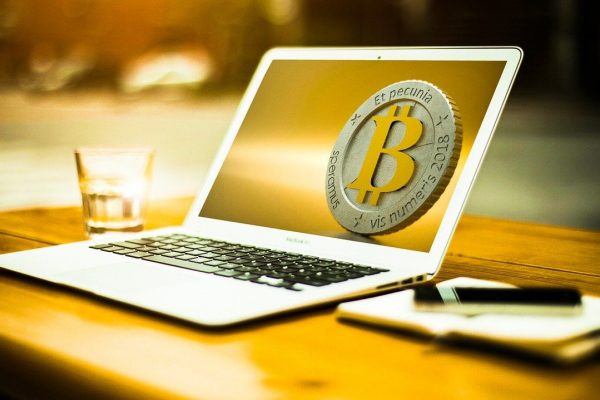 
Cryptocurrency is a type of digital or virtual currency that can be used as a form of payment. Cryptography is used by cryptocurrencies to safeguard and verify transactions as well as create new currency units, hence the “crypto” prefix (coins). Cryptography allows you to encode anything that is easy to decipher with a key but impossible to decipher without one, which means coins are complex to make but transactions are simple to verify.

Cryptocurrency is, at its core, entries in an immutable, pseudo-anonymous database called a “blockchain” that no one can alter (except under extreme circumstances when direct edits are made). Because the blockchain is a public record that is validated by a large number of nodes, faking currencies is exceedingly difficult, if not impossible. It also makes tracing specific transactions between anonymous user accounts or wallets very simple.

Appeal to the Whole World


Cryptocurrency is a digital alternative to fiat money that is simple to use. Although consumers in the United States and the European Union may consider Cryptocurrency to be a novelty, many countries have mismanaged indigenous currencies.


Other countries impose severe capital controls and/or levy substantial taxes to regulate the movement of money. Cryptocurrency can be used to avoid capital regulations and taxes, whether legal or not, resulting in increasing demand from consumers and enterprises. As a result, many countries have begun to crack down on the use of Crypto currencies for tax evasion or other unlawful purposes.


Central banks and financial institutions have had a lukewarm response to cryptocurrencies. While certain organizations have backed them up, many central banks are wary of the market’s severe volatility. Tax evasion and capital controls have also sparked public alarm.


Many investors are incorporating them into their diversified portfolios because of their numerous advantages in terms of frictionless transactions and inflation control. The noncorrelated character of the market in particular makes cryptocurrencies, like precious metals like gold, a viable risk hedge. For this reason, many cryptocurrency exchange-traded funds (ETFs) and exchange-traded notes (ETNs) have emerged.

Cryptocurrency is an encouraging move for individuals who believe in money’s objective qualities. Aside from price fluctuations, the most popular cryptocurrencies, such as Bitcoin and Ethereum, have demonstrated enormous worth, encouraging investors to take a more comprehensive look at this market.

Simply put, the underlying crypto technology, namely the blockchain-specific public ledger, is a potential market disruptor when it comes to changing how existing payment systems operate. While this is one of the main reasons for crypto’s global adoption, there are five other crucial players who help to solidify the case for this new type of currency.

According to Bitcoin.com, the hefty expense of transporting money across borders in the traditional manner has prompted many people to turn to local bitcoin exchanges that cater to overseas workers and their families. Nigerians also use their phones to transmit money to one another and to pay for things in stores. Businesses in Nigeria have recently begun to include crypto plugins in their phone payment options, providing yet another avenue for Nigerians to use bitcoin in their daily lives.

Vietnam and the Philippines had the second and third highest rates of bitcoin usage in the poll, respectively. Remittance payments play a part in the broad adoption of cryptocurrency once again. The Philippines’ Central Bank has licensed multiple cryptocurrency exchanges to operate as “remittance and transfer organizations” in the country, according to bitcoin.com.

The Philippine government has already gotten involved in cryptocurrency, partnering with Union bank to launch the blockchain app bonds.ph to distribute government bonds. Union bank has also set up a Bitcoin ATM in Makati (Metro Manila), demonstrating how cryptocurrencies are slowly making their way into the mainstream in the Philippines.

Aside from consumers in Africa and Southeast Asia, Latin America is another global region with a large number of bitcoin users. With 16 percent of responses, Peru leads the way, followed by Brazil, Colombia, Argentina, Mexico, and Chile. Together with Greece, Switzerland and Greece have Europe’s highest adoption rates (11 percent each). Adoption rates in European and Anglo-Saxon countries were extremely low.

Some analysts, on the other hand, believe that a cryptocurrency fall will have a negative influence on the overall market, similar to how mortgage-backed securities started the global financial crisis. It’s worth noting that the overall market capitalization of all cryptocurrencies is currently between one and two trillion dollars, which is still less than the market capitalization of some huge public businesses like Meta (previously Facebook) or Amazon. 2. Cryptocurrencies, on the other hand, are a new and volatile asset class that can go in either direction.

Finally, while many investors see cryptocurrencies as a vehicle for speculation or a hedge against inflation, the market’s magnitude does not pose a systemic concern as of 2021.


Despite the fact that many individuals still rely on banks, there has been a lot of turbulence when it comes to intermediation. Unless you wish to make purchases, banks store and control your money. Cryptocurrencies are gradually making the space more independent by removing middlemen that control your hard-earned cash. Despite the fact that this concept is still in its infancy, it has a lot of promise.