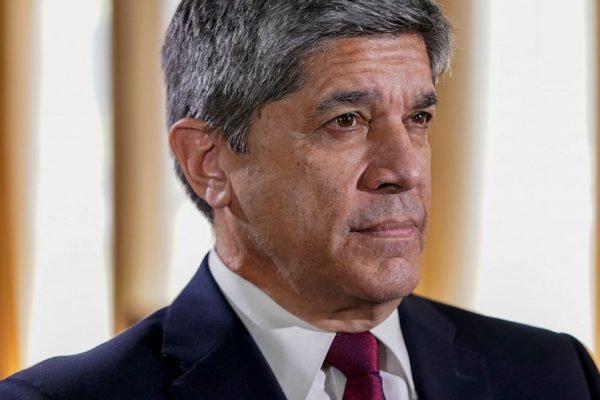 Cuba’s deputy foreign minister said that the Biden administration was acting immorally, illegally, and unfairly by keeping Cuba on the list of states that sponsor terrorism. He said that Cuba has been a victim of state-sponsored terrorism by the United States for more than 60 years.

In an interview with The Associated Press, Carlos Fernandez de Cossio said that keeping Cuba on the State Department’s blacklist with North Korea, Iran, and Syria is “an easy way to punish Cuba with the goal of making Cuba what it is not, a failed state.”

He said, “Unfortunately, the U.S. doesn’t pay any price for doing something that is illegal, unsustainable, and wrong.” “And when I talk to government officials, they say there’s no reason why Cuba should be on the list, but it’s hard for them politically.”

In 1960, after Fidel Castro led a revolution and took over properties owned by U.S. citizens and companies, the United States put an economic embargo on Cuba.

Cuba’s removal from the blacklist was one of Barack Obama’s biggest foreign policy achievements. He did this because he wanted to improve relations with the Caribbean island, a goal that Biden supported as Obama’s vice president.

A few days before Biden became president, the administration of then-President Donald Trump reclassified Cuba as a “state sponsor of terrorism” and put new sanctions on the country. During his campaign, Biden said he would start talking to the island again, but he hasn’t done anything yet.

Fernandez said that the “excuse” that Mike Pompeo, who was Secretary of State at the time, gave was that members of Colombia’s last guerrilla group, the National Liberation Army (ELN), were in Cuba. He said that Cuba didn’t ask them to come, but when the Colombian government asked Cuba to host peace talks with the group in Havana, Cuba agreed.

He didn’t say that Pompeo also said Cuba was to blame because it kept hiding U.S. criminals and helped Venezuela’s leader, Nicolás Maduro.

Fernandez said that U.S. officials’ claim that delisting is a “politically difficult” decision is “an immoral excuse,” because the designation hurts the Cuban economy even more than the blockade does.

“There is a lot of economic pressure,” Fernandez said, explaining that the country has had no sources of financing or development credit for the past six years and that the U.S. has tried to keep Cuba from getting fuel, so it has to pay a 15–30% premium because the few sellers are taking a risk.

He also said that COVID-19 and tourism, especially from Canada and the European Union, which are important sources of income, are still hurting the country.

Still, the minister said that Cuba hopes the economy will grow by 2.5% this year.

So, he said, the country hasn’t fallen apart, but there are serious problems with electricity, power, and fuel.

Fernandez said, “We think we could get out of it.” “We’ve done it before, but this time it will take a lot of work. It would be much easier if the blockade didn’t exist at all, or if at least a few changes were made, which the Biden administration has promised but hasn’t done.

He said he hopes the Biden administration will “do the right thing” and take away the terrorism label because it is “completely unfair, completely unjustified, and completely immoral.”

Fernandez said, “There is no way to morally support or justify punishing multiple generations of Cubans or the whole population of Cuba for more than 60 years in order to make the country a failed state.”

He used a State Department document from April 1960 to show that the goal of U.S. policy was to lower the standard of living in Cuba, cause hunger and hopelessness, and make the people rebel against the government.

The Cuban minister said that the government didn’t know why Biden didn’t go to Cuba after Obama did.

He said, “The simple answer they give is that Biden is not alone.” “I think that’s an excuse to get out of something.”

In April, Fernandez led the Cuban delegation to Washington for talks about migration. He said the talks were mostly about bringing back the agreement from 1994 that the U.S. would give 20,000 visas to Cubans every year. He said that things were getting better and that maybe the goal could be reached by the end of the year.

Fernandez said that the mass exodus of Cubans this year is the result of “a perfect equation”: the U.S. not giving out the 20,000 visas per year since 2017 and people wanting to move, the fact that close to 90% of Cubans who reach the U.S. are accepted, which gives people a reason to migrate illegally, such as by using smugglers, and Cuba’s bad economy, which the U.S. encourages.