Despite Tensions in the South China Sea, Philippines Wants to Make a Military Deal With Japan 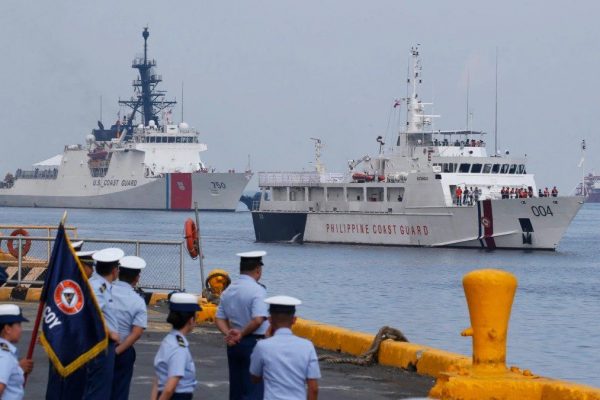 Given the escalating tensions in the South China Sea, the Philippines is willing to negotiate with Japan to allow its forces to train there.

President Ferdinand Marcos Jr. wants to improve relations with Japan, and Japan has been increasing its connections with Southeast Asian countries in response to China’s expansive claims in the South China Sea, so the Visiting Forces Agreement (VFA) would be a good step in the right direction.

The Japanese armed forces are now limited to observing military drills in the Philippines. Japanese forces are also authorized to assist with disaster relief efforts and humanitarian missions.

“The Philippines and Japan have a lot in common; we both have an interest in the West Philippine Sea, and our two countries also share marine boundaries. Senior Undersecretary Jose Faustino Jr., the officer in charge of the Department of National Defense, told reporters on Monday that strengthening defense cooperation with Japan is a top priority.

Mr Faustino said the VFA is not intended to target any single nation when asked whether it will assist the Philippines protect its territory amid disagreements with China in the South China Sea.

We are not trying to hurt anybody with the deals we make with other nations like Japan, Australia, South Korea, or the United States. These are nations with whom we share a common outlook, and we value our working relationships with them.

If the VFA comes to fruition, Japan would join the United States and Australia as the only other countries to sign a formal military pact with the Philippines.

During their first “two-plus-two” meeting in April, the foreign and defense ministers of the Philippines and Japan committed to further military cooperation.

In 2015, while President Benigno Aquino III was still alive, negotiations with Japan began on a VFA. His successor, Rodrigo Duterte, did not continue in this vein, though. Instead of focusing on strengthening ties with the United States, which is a military ally of both the Philippines and Japan, Mr. Duterte shifted his focus to China.

As China continues to press its vast claims in the South China Sea, tensions continue to rise. Countries with competing claims, including the Philippines, Brunei, Indonesia, Malaysia, Taiwan, and Vietnam, all dispute this.

In 2016, Manila won a case in an international tribunal that essentially invalidated China’s claims to historical rights in the South China Sea. Moreover, it declared that Manila, and not Beijing, is the rightful owner of the West Philippine Sea. Powerful nations like the United States and Japan have acknowledged the government, but China has not.

In November 2021, while transiting the seas around the Spratly Islands, three Chinese coast guard ships opened fire with water cannon on two Philippine supply boats. Despite China’s claims to the contrary, the islands are located inside the Philippines’ EEZ.

Beijing is continuing to construct man-made islands in the contested region. Experts believe these artificial islands in the Spratlys would be used for intelligence and surveillance operations based on photos released by Getty Images in October.