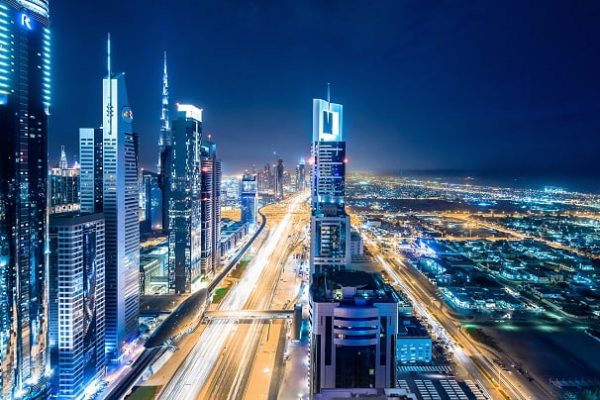 Dubai Internet City (DIC) has been one of the world’s top centres for new economy enterprises for more than 20 years since its founding in 2000. Recently, DIC has been chosen to launch the regional operations of several high-growth, high-value-added, multinational companies.

The American content delivery network and DDoS mitigation company Cloudflare is the most recent to join the steadily expanding ranks of new economy companies to make DIC their home. In an effort to assist its expanding EMEA operations, Cloudflare announced earlier this week that Dubai would be the site of its first Middle Eastern office.

The Dubai office offers a base for the growing Cloudflare team in the Middle East and Turkey.

The Dubai-based staff at Cloudflare will aid the business in attracting new talent, expanding its customer base, and raising brand awareness. One of the numerous multinational new economy companies deciding to establish a base in Dubai, the ultra-connected metropolis of the future, is Cloudflare. Dubai has quickly developed into a prominent centre for new-age businesses, including big multinationals, unicorns, and startups thanks to its constantly developing tech ecosystem.

The emirate provides a rare blend of a strong regulatory environment and a stable risk climate. An innovative attitude is enabled and encouraged by its pro-business leadership, and the city has access to a big talent pool. Dubai, a major corporate centre, is also a popular tourist destination with top-notch entertainment and educational options. The emirate has made a name for itself as a global hub for business and the future economy. Its enabling ecosystem and infrastructure are a magnet for the world’s most promising companies and brightest minds.

Dubai Internet City, the region’s top tech hub, is home to numerous Fortune-500 companies and other significant international IT players. DIC provides companies of all sizes with the setting, framework, and resources necessary for innovation and expansion. The managing director of Dubai Internet City, Ammar Al Malik, stated that he is still committed to providing Cloudflare with the same enabling platform.

The popularity of cloud computing has expanded, and a number of industries have seen quick digital revolutions. According to Mordor Intelligence, the global cybersecurity industry will be worth USD317 billion by 2027.

In addition to 27 data centers in the Middle East & Turkey region, Cloudflare has data centers in 270 cities and 100 countries throughout the world. In the past two years, the company has increased the size of its EMEA workforce by around 700 individuals. In order to better serve its clients in the Middle East and Turkey, Cloudflare will place a high priority on opening new data centers, growing its customer base locally, increasing market share through partnerships, and expanding its local workforce.

Dubai provides unmatched access to the economies with the fastest growth rates in the world as a hub for innovation that connects the East and the West. The leadership of the city is now purposefully concentrating on developing new technologies that will be crucial in the future.

The formation of a higher committee to develop the Dubai Metaverse Strategy was ordered earlier this month by His Highness Sheikh Mohammed bin Rashid Al Maktoum, Vice President and Prime Minister of the United Arab Emirates and Ruler of Dubai. This will help to strengthen Dubai’s position as a major centre for technology.

The upper committee will monitor technical advancements in the emirate and developments in the digital economy. It will be led by His Highness Sheikh Hamdan bin Mohammed bin Rashid Al Maktoum, Crown Prince of Dubai and Chairman of the Executive Council. Due to its cutting-edge services and sophisticated legal and legislative framework, Dubai will strengthen its position as the best city in the virtual world. To ensure transparency and investor safety, the emirate enacted a new virtual asset regulation law in March.

With a 69% increase from 2020 to last year, Dubai issued over 72,000 new company licenses, reiterating its standing as a major international centre for trade and investment and solidifying its position as a successful case study for the revival of the commercial sector.

With a record number of 418 greenfield FDI projects, Dubai took the lead globally in luring FDI in 2021. The accomplishment highlights the emirate’s ability to support businesses and entrepreneurs in launching new initiatives, seizing new possibilities, and growing their operations both inside and outside of the nation.

Dubai has established itself as a city that can withstand changes in the world economy over time, gaining the trust of foreign investors and solidifying its position as one of the top destinations for both business and leisure.

One of the most globally linked and business-friendly cities in the world, Dubai offers business owners an unrivalled array of incentives and options. There are 25 free zones throughout the city that provide a supportive ecosystem for foreign and local entrepreneurs.

Dubai Foreign (DXB) became the busiest airport in the world for international travellers for the eighth straight year in 2021, despite the uncertainties of the worldwide pandemic. Through 84 foreign carriers, DXB is connected to more than 200 destinations in close to 100 countries. Emirates, a Dubai-based airline, connect the city to 138 international locations, and FlyDubai offers service to over 120 places.

Dubai’s continued investments in infrastructural improvements and technical breakthroughs will help it keep its position as the preferred global technology hub.