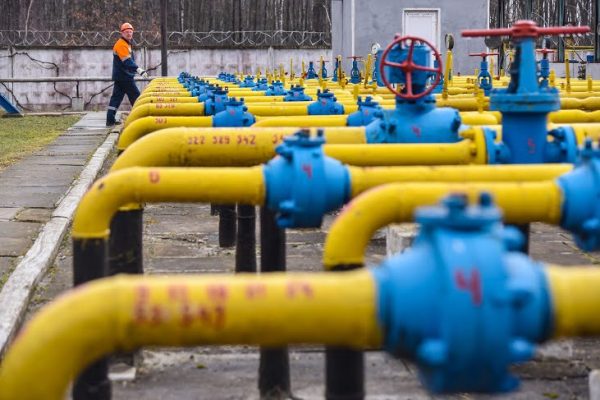 In a blow to nations that have supported Ukraine, Russia warned it would limit gas supplies to Europe starting on Wednesday. Meanwhile, missile strikes in Black Sea coastal districts have raised questions about whether Russia will uphold a pact to allow Ukraine to export grain.

Despite a Russian missile strike on the Ukrainian port of Odesa over the weekend and a military administration spokesperson claiming another missile struck the Odesa region on Tuesday morning, the United Nations said the first ships from Ukraine may set sail in days as part of an agreement reached on Friday.

The largest crisis in Europe since World War Two, now in its sixth month, is having an effect well beyond Ukraine as seen by rising oil prices and the prospect of famine faced by millions in poorer countries.

In an effort to wean themselves from Russian energy and be ready for a potential complete cutoff, European Union nations are expected to agree a weaker emergency plan on Tuesday to reduce their gas use.

On Tuesday, the Ukrainian military announced that Russian cruise missiles had struck targets in the south and that Ukrainian troops had also struck back. A missile launched from the direction of the Black Sea impacted the area, according to Serhiy Bratchuk, a spokesperson for the military administration in Odesa, who did not provide any details on fatalities.

According to the mayor Oleksandr Senkevich, an assault on the port infrastructure at Mykolaiv along the Black Sea coast east of Odesa destroyed it.

An after-hours request for comment was not immediately answered by the Russian military ministry.

After Ukrainian soldiers bombarded the region, a large fire broke out at an oil store in the Budyonnovsky neighborhood of the Russian-backed Donetsk People’s Republic in eastern Ukraine, according to a reporter at the scene, said Russia’s TASS. There have been no recorded fatalities or injuries.

Russian energy company Gazprom (GAZP.MM) said on Monday that gas supplies via the Nord Stream 1 pipeline to Germany will decrease to 33 million cubic meters per day as of Wednesday, citing directives from an industry watchdog.

That is one-half of the existing flows, which are only operating at 40% of capacity normally. About 40% of Europe’s gas and 30% of its oil were imported from Russia before to the conflict.

The Kremlin claims that maintenance difficulties and Western sanctions are to blame for the gas outage, while the European Union has charged Russia with energy extortion.

Russia might shut off gas this winter, according to European politicians, which would put Germany into a recession and damage customers already suffering from skyrocketing prices.

Moscow asserts that it is not keen on the gas supply to Europe being completely cut off.

The Ukrainian national pipeline operator firm said that Russian gas giant Gazprom (GAZP.MM) abruptly boosted pressure in a pipeline that passes through Ukraine to carry Russian gas to Europe, adding to worries on the energy front.

Pipeline operators are required to notify one another in advance of such pressure surges since they may result in crises such as pipeline ruptures, according to the Ukrainian business. A statement from Gazprom could not be obtained right away.