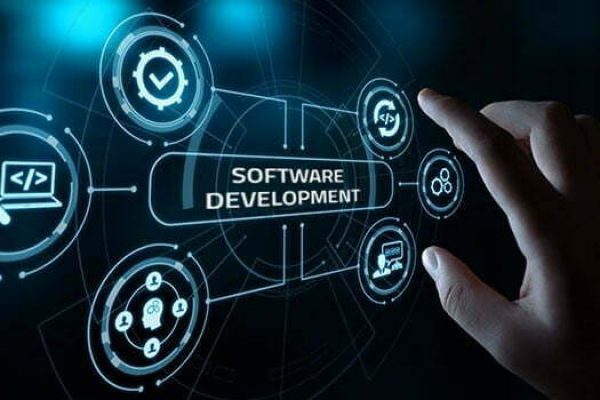 The twenty-first century will be defined by information technology, and India will be at the center of world attention as a knowledge powerhouse. IT sector, IT-enabled services (ITES), e-commerce (online business), and software and hardware products are all part of the IT sector. In today’s competitive world, IT-based services are essential for any corporation to boost productivity, the convenience of doing business, and develop efficiently and economically.


The IT sector is critical to our economy’s exponential growth and the creation of millions of employment. Growth in the IT sector will push us to catch up to China in every field, allowing us to take advantage of the global market. Indians’ socioeconomic status will improve as a result of this.


Future of IT sector in India


Those who believe India has seen the best of the sector are in for a rude awakening. With its rapid growth, the IT and IT enabled services business in India, as well as the rest of the world, will not only develop but also outgrow other industries.


The future of the IT sector in India is bright, thanks to the emergence of new path-breaking technologies such as Artificial Intelligence, Internet of Things, Blockchain, Machine Learning, modern data science practices, cloud computing, and the introduction of Developer-Operations and automation in most industrial sectors.


The number of jobs in the IT sector is expected to quadruple in the next ten years, owing to improved academic facilities and more research on the subject of information technology and its applications.

Important points related to the future of IT sector in India are:-

1)The majority of forthcoming IT jobs are likely to be created by automation.
Make in India and other government initiatives will aid in the creation of a diverse range of new jobs in the IT and IT-enabled services fields.

2)To accelerate their growth or improve their efficiency, all industrial sectors will begin to make increasing use of information technology.

3)IT and its tools will also assist in the creation of more jobs in other industries such as banking, manufacturing, finance, and sales.

4)IT startups will thrive, particularly those with new products such as chatbots.

5)India’s IT business is one of the country’s largest employers.

A probable macro downturn, according to the brokerage business, would cause rising margin headwinds in the short term and revenue headwinds in the medium term for the industry. It indicates that the sector’s earnings upgrading cycle is coming to an end.


The IT stock market’s decline today mirrored that of its global counterparts in the US market, which witnessed its largest drop in nearly two years. Amazon, Tesla, Apple, Alphabet, and Microsoft all saw their stock prices drop by 1-2 percent.


Because commodity prices have risen dramatically in recent months, there are enough reasons for investors to believe in a massive economic slowdown and a possible recession. While the situation was poor before the outbreak, the Russia-Ukraine conflict exacerbated it.
Prices of crude oil, vital foods, fuel, and power all increased as a result of the war. Inflationary pressures lead to lower demand, reducing the profitability of huge corporations.


In countries such as the United Kingdom and the United States, inflation is at a 40-year high. “Global inflation has become the largest spoilsport, derailing the global economic recovery,” Nyati added.


In a perfect world, the rupee’s depreciation versus the dollar would be beneficial to IT companies that earn in dollars. However, investors appear to feel that the stocks would earn too little in the first place, therefore this provided little cushion for the stocks.