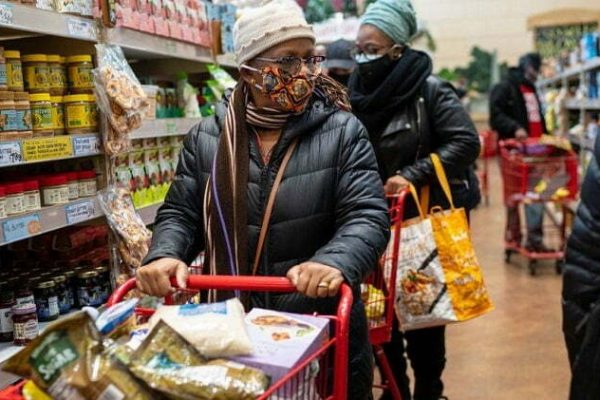 Consumer prices in the United States rose faster in June as gasoline and food prices remained high, resulting in the highest annual rise in inflation in 40-1/2 years and bolstering the argument for the Federal Reserve to raise interest rates by 75 basis points later this month.

According to the Labor Department, the consumer price index rose 1.3 percent last month after rising 1.0 percent in May.

Reuters surveyed economists, who predicted a 1.1 percent increase in the CPI. Consumer prices are rising as a result of clogged global supply chains and substantial fiscal support from governments during the start of the COVID-19 epidemic.

The continuing conflict in Ukraine has exacerbated the situation, causing a jump in global food and gasoline costs.

According to AAA, gasoline prices in the United States reached new highs in June, averaging more than $5 a gallon. They have now dropped from last month’s high, averaging $4.631 a gallon on Wednesday, which may relieve some of the burden on customers.

The inflation statistics came on the heels of stronger-than-expected employment growth in June. The economy added 372,000 jobs last month, according to the government, with a wider gauge of unemployment dropping to a historic low.

The fact that there were approximately two jobs for every jobless individual at the end of May adds to the labor market’s tightness. The Fed intends to reduce economic demand in order to achieve its 2% inflation objective.

At its July 26-27 meeting, the Federal Reserve is widely expected to increase its policy rate by three-quarters of a percentage point. Since March, it has increased its overnight interest rate by 150 basis points.

The CPI increased 9.1 percent in the year to June. This was the largest growth since November 1981, and it came on the heels of an 8.6 percent increase in May. There was anticipation that shifting expenditure from commodities to services would help to reduce inflation. However, the very tight labor market is raising salaries, adding to rising service costs.

Fears of a recession by early next year are being fueled by high inflation and increasing borrowing prices.