Germany Has Made Significant Efforts to Sits Supply of Winter Gas 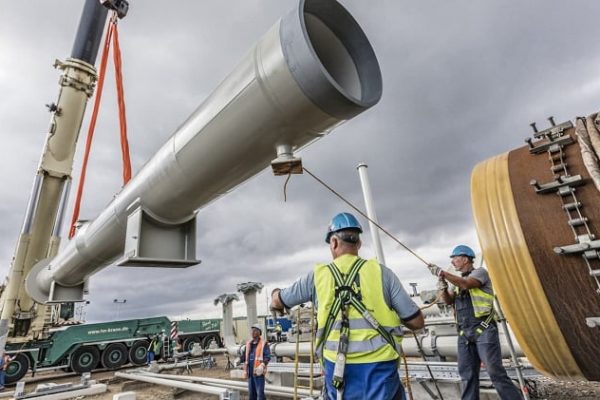 The greatest economy in Europe, Germany, is rushing to get ready for the next winter, and this month, its natural gas storage facilities achieved a fill level of more than 75%, two weeks ahead of schedule.

Germany’s gas storage facilities are currently slightly more than 77% filled, according to the most recent statistics provided by industry association Gas Infrastructure Europe.

The initial goal of the administration of Chancellor Olaf Scholz was for gas storage levels to reach 75% by September 1st. The following nationally required benchmarks are 85% by October 1 and 95% by November 1.

In order to have sufficient natural gas supplies to heat houses throughout the upcoming months, European governments are rushing to fill underground storage tanks with it.

In recent weeks, Russia substantially cut back on its natural gas exports to Europe; at the moment, just 20% of the agreed-upon volume of gas is flowing through the Nord Stream 1 pipeline to Germany.

Moscow assigns responsibility to poor and inefficient machinery. Germany, on the other hand, believes that the supply cut is a political ploy meant to increase energy costs and create unrest throughout Europe as a result of the Kremlin’s offensive against Ukraine.

At a press conference on Monday, Economy Minister Robert Habeck reportedly said, “Germany developed a business model that was largely based on dependence on cheap Russian gas and, consequently, dependence on a president who disregards international law [and] to whom liberal democracy and its values are declared enemies.” This model is no longer viable because it has failed.

The gas market operator in Germany, Trading Hub Europe, indicated that gas prices will increase for all homes countrywide by over 500 euros ($507.3) a year at the time of his remarks.

Although there have been requests for Germany’s government to offer more public relief, the new charge is intended to assist utilities in covering the expense of replacing Russian supply.

All actions have a cost, and this is undeniable, stated Habeck. “All steps have repercussions, and some of them are also burdens, but they make us less extortionable and enable us to choose our energy supply independently of Russia.”

What about the rest of the EU?

According to Zongqiang Luo, a gas expert at the energy consulting firm Rystad Energy, it is difficult to compare Berlin’s storage levels to those of other European nations because Germany is the continent’s largest user of natural gas.

Only France, Spain, and Italy, according to Luo, were comparable in terms of the amount of gas they consumed, but they all differ from Germany due to France’s reliance on nuclear energy for power generation, Spain’s use of LNG import terminals, and Spain’s and Italy’s reliance on Algerian gas exports.

According to GIE, France’s gas storage facilities were last seen being approximately 87% full, while the gas reserves in Spain and Italy were roughly 81% and 77% full, respectively.

So, Luo remarked, “I will argue that so far Germany has done a decent job compared to Germany’s storage strategy with these three nations, Italy, France, and Spain.

However, he said, “Let’s see how they plan to meet the objective for the following two months.” This will be of the utmost importance during the next winter.