Gun Control Bill Passed in the US. 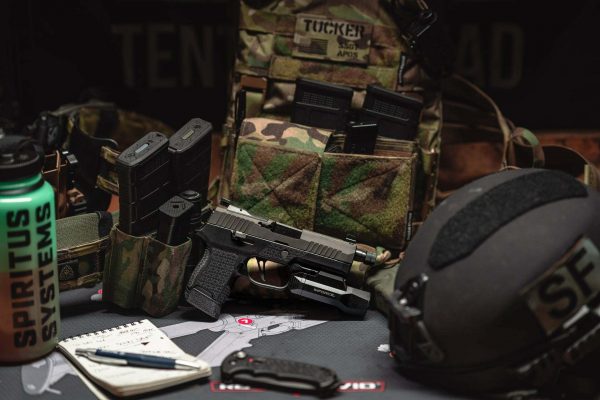 
“This bipartisan Gun control bill measure will assist in defending Americans.” These regulations govern the production, sale, ownership, transfer, storage, movement, and disposal of weapons, ammo, and related equipment. Both state and federal agencies, including the Bureau of Alcohol, Tobacco, Firearms, and Explosives, enforce them (ATF). In addition to federal gun laws, every state and some local governments also have their own regulations on firearms.

The Second Amendment to the United States Constitution guarantees the right to keep and bear arms. However, until the U.S. Supreme Court ruled that the Second Amendment protects anyone’s right to keep and bear arms for traditionally legal purposes, such as self-defense in the home, there were no definitive federal court decisions defining the right.

A bipartisan Gun control bill group of senators has agreed on the fundamental structure for new legislation on gun restrictions and safety as a start toward creating a culture of gun safety in the United States. The agreement, which was reached in response to the tragic mass shootings that occurred last month, calls for stricter background checks for purchasers under the age of 21, backing for “red flag” measures to keep weapons away from dangerous individuals, and improvements to school safety and mental health services. While acknowledging the agreement’s limitations, US President Joe Biden said it represents “major milestones in the right way.”

The Senate agreed to consider a compromise plan that, if passed, would end the long-running deadlock on federal legislation to address Gun control bill violence. The package is targeted at keeping firearms out of the hands of dangerous people.

Even if the package falls short of the comprehensive gun control measures Democrats have long desired, its approval would represent the most important step toward updating the country’s gun laws in decades. After days of frantic negotiations to iron out the legislation’s specifics. The Gun control bill, which might result in the biggest revision of the country’s gun laws in decades, was passed by a vote of 64 to 34 just hours after Republicans and Democrats made its wording public

The Gun control bill would also, for the first time, ensure that serious dating partners are covered by a federal statute that prohibits domestic abusers from obtaining firearms, a long-standing goal that gun safety campaigners have failed to achieve for years.

In addition to funding allocated to enhancing school safety, senators agreed to contribute millions of dollars to extend mental health resources in communities and schools. The Act would further strengthen penalties for those who circumvent licensing procedures or engage in illicit “straw” sales of weapons to individuals who are prohibited from purchasing pistols.

In a country with the highest gun ownership per capital in the world and the highest yearly number of mass shootings among developed nations, the Senate Gun control bill is the first important piece of gun control legislation to pass in three decades.

According to polls, the majority of Americans favor new gun control measures, which are frequently demanded in the wake of tragic mass shootings like those that took place in Texas and New York.

Democrats cautioned that the Supreme Court’s decision on Thursday might have catastrophic effects on national gun safety.


The Gun control bill provides cash to assist states in enacting “red flag” laws to prevent people who are considered to be a danger to themselves or others from having access to weapons. Additionally, it would support substitute intervention strategies in states where red-flag laws are rejected and increase school safety.

Despite few official steps taken by Congress to stop it, the cycle of mass shootings in the US has persisted for decades. The murder of 19 children and two instructors in a Texas school was one of several mass shootings that occurred in America last month. Following the horrific incident, thousands of people took to the streets to call on lawmakers to enact legislation to reduce gun violence and stop similar murders from happening in the future.