House Values May Decline by 20% as as Interest Rise, According to ANZ 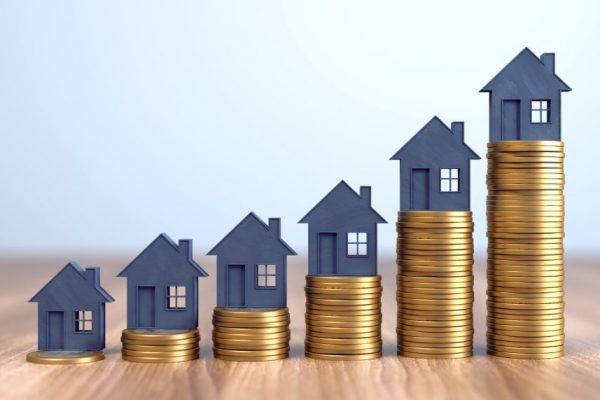 Given that data indicates inflation pressures are considerably more intense than anticipated, one of the country’s largest lenders has forecast that Sydney and Melbourne home prices might fall by more than 10% this year and by another 8% in 2023.

In reaction to increasing official interest rates, ANZ analysts predicted on Tuesday that national house prices will drop by between 15% and 20% by the end of the year before beginning to rise in 2024.

They forecast that the biggest property markets in the country will be most hit, with values in Sydney expected to drop up to 14% this year and 6% next year, and more than 11% and 6% in Melbourne over the same time period.

Prices are predicted to start rising once again by 2024 in all capital cities.

Senior ANZ economists Felicity Emmett and Adelaide Timbrell predicted that home prices will be affected by the “steep” rise in mortgage rates that has occurred since the Reserve Bank began tightening monetary policy in May.

They said that the reduction in borrowing capacity of prospective purchasers brought on by the increase in official rates—which the ANZ predicts will peak at 3.35 percent early next year—was the main driver of the price decline.

“Total repayments are also expected to increase significantly,” they stated. “More than half of payments on fixed-rate loans would increase by more than 40% after the fixed rate expires.”

Despite these significant increases, we are aware that debt is concentrated among high-income households, who are more likely than others to have sizable savings reserves and sufficient income to offset fluctuations in inflation and interest rates.

In an effort to lessen inflation pressures throughout the economy, the RBA has raised official interest rates by 1.75 percentage points since May.

6.1% was a 21-year high for inflation for the June quarter. On October 26, the Australian Bureau of Statistics will unveil a monthly inflation index.

The monthly measure, however, is far higher than the quarterly figure, according to preliminary data that was provided on Tuesday.

According to the ABS, monthly inflation in June was estimated to have reached 6.8%. The rate would be the highest since early 1990 due to increases in the price of food, new homes, and gasoline.

According to Australian statistician David Gruen, although the consumer price index would be updated with prices on a monthly basis, only around two-thirds of the goods would.

Food, alcohol, cigarettes, clothing, rent, gas, and vacation travel are among the items with more frequent price changes and current pricing each month, he added.

Inflation is largely being driven by supply chain disruptions and high commodity prices brought on by Russia’s invasion of Ukraine, according to critics of the RBA’s abrupt interest rate changes.

The Reserve Bank of Australia (RBA) believes additional factors are expected to contribute to inflation pressures throughout the economy, according to the minutes of its August meeting, at which it increased the cash rate by half a percentage point.

The bank, which is responsible for keeping inflation between 2% and 3%, expects it to reach a peak of roughly 7.8% by the end of this year before progressively declining.

However, retailers were passing on higher supplier costs to their customers, in part because of recent severe weather, despite capacity restrictions driving up prices. Prices for services like restaurants and takeout were also sharply increasing.

Higher pricing for consumers would follow as wage growth began to accelerate.

Gareth Aird, head of Australian economics at Commonwealth Bank, said the minutes showed the bank was approaching the point when it would stop raising interest rates.

He stated that although it was still expected that the RBA will raise rates by another half percentage point at its September meeting, this may alter based on this week’s wage and employment data.