In Order to Preserve the Rupee, India Has Spent More Than $80 Billion This Year 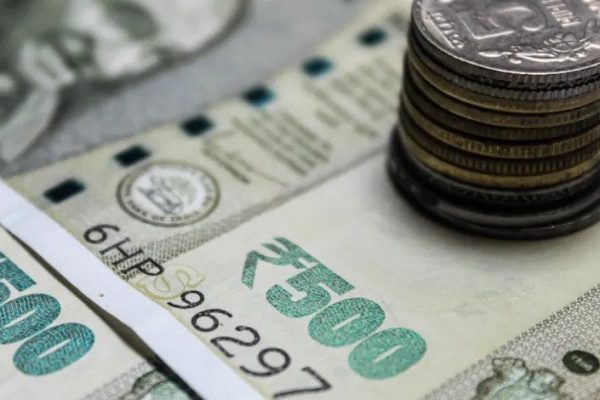 The country of India has a rapidly diminishing amount of foreign currency reserves.

The Reserve Bank of India (RBI) has already spent $6.59 lakh crore rupees, which is equivalent to $82.8 billion, out of its foreign exchange reserves in 2022 in an effort to prevent a significant decline in the value of the rupee. Just in the month of September, it made $10 billion in sales (pdf). According to dealers, the central bank continued its heavy intervention throughout the month of August.

As of September 9th, India’s foreign exchange reserves were $550.8 billion, which is much lower than the all-time high of $642.4 billion that they reached the previous year.

The rupee has lost over 6% of its value versus the dollar this year, which may be attributed to pessimistic risk sentiment in the midst of the conflict between Russia and Ukraine and the tightening of monetary policy throughout the world. This year, the rupee has established a series of record lows. In spite of this, the rupee did far better than the rest of its Asian competitors.

As a result of the United States reducing the amount of monetary assistance given to its economy during the period of June through September in 2013, the Reserve Bank of India (RBI) sold a net amount of $14 billion in rupees.

Since then, India’s foreign exchange reserves have been steadily growing, which has allowed the Reserve Bank of India to better resist the effects of global shocks.

According to Radhika Rao, a senior economist at DBS Bank, “the starting point of India’s foreign reserves was at a lot greater level in this cycle,” offering a much thicker cushion to resist global volatility and shocks. This information was provided to Reuters.

However, the RBI has to keep an eye on itself as well.

In comparison to the standard of three months, the reserve could now cover around nine months’ worth of imports. The previous year, it had reached a total of 16 months.

In addition to the sale of dollars, the decline in the country’s foreign exchange reserve was also the result of other major currencies’ relative decline against the dollar, such as the euro and the yen, as well as a decrease in the price of dollar-denominated instruments owned by the RBI.