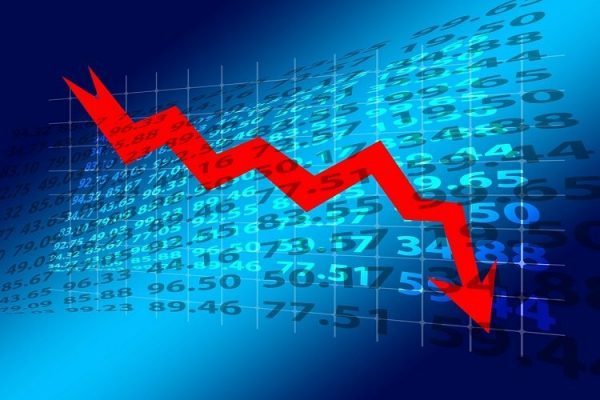 Strong inflation, high energy prices, and rising interest rates are making policymakers around the world worry that the global economic recession could get worse.

It’s expected that the Federal Reserve will continue its quick pace of interest rate hikes in response to another disappointing report on U.S. inflation last week. Because of it, the cost of imports and debt payments in many nations may rise much more. Oil and gas giants are squeezing supplies, which is driving up prices and dampening economic activity worldwide, but notably in Europe. Recent statistics show that Chinese consumer spending has dropped by a lot, which is another sign that economic growth is slowing.

As financial officials met in Washington for talks sponsored by the IMF and the World Bank on Thursday, IMF Managing Director Kristalina Georgieva stated during a briefing, “The worst is yet to come.” “Recession fears are spreading throughout the globe.”

The International Monetary Fund (IMF) predicts that in 2019, economies accounting for more than a third of global GDP will decrease, while the world’s three biggest economies—the United States, the European Union, and China—will basically halt. Growth is expected to slow to 2.7% in 2023 from 3.2% this year.

At a conference held by the Center for Global Development on Wednesday, Egyptian Finance Minister Mohamed Maait remarked, “The situation is worse than under COVID-19.”

Several of the policymakers in attendance saw the Federal Reserve’s reaction to rising U.S. inflation as a major risk to their own economies.

U.S. consumer prices increased 8.2% in September from the same month a year ago, with core prices (those excluding the more volatile categories of food and energy) up by 6.6%. Strong underlying pricing pressures were reflected in that rate, which was the fastest in four decades.

The Fed’s plan to increase its benchmark interest rate by 0.75 percentage points next month remains on track, based on the core-CPI figure. The study makes it more likely that policymakers will put off cutting interest rates.

The quick rate hikes implemented by the Fed this year have increased the value of the dollar and attracted investors to U.S. equities. The costs of imports and debt payments denominated in dollars rise for many nations when the value of the dollar rises. It could hurt GDP even more because it makes other central banks raise interest rates to protect their currencies.

At a Monday event hosted by the Institute of International Finance, Barnabás Virág, the deputy governor of Hungary’s central bank, stated, “All of us would want to know what the Fed’s response will be in the coming months since the rise of the dollar continues the pressure on our currencies.”

This year, the U.S. economy has been shown to be surprisingly robust. The job market is slowing, but it’s still strong. Consumer spending in the United States was flat from the previous month but up 8.2 percent from the same period last year, according to data released by the Commerce Department on Friday.

According to the IMF, the U.S. economy will grow by 1% in 2019, down from 1.6% this year. A poll of economists done by The Wall Street Journal shows that the chance of a recession in the United States in the next 12 months has gone up from 49% in July to 63%.

Indrawati, Indonesia’s minister of finance, expressed concern in an interview that the Federal Reserve may hike interest rates further as a result of the robust U.S. economy.

Mrs. Sri Mulyani expressed concern about the effects of a weakening global economy, rising interest rates, and a strong dollar.

A worldwide economic downturn is conceivable, she added.

The global economy is feeling the strain of Russia’s conflict in Ukraine. The IMF warns that 345 million people are at risk since shipments of essential food and fertilizers have been restricted. As a result of Russia’s reducing natural-gas supply, manufacturing in Europe has been thrown into disarray and several European businesses are on the verge of recession.

“Europe faces especially substantial challenges because of what’s happening to energy prices there,” Treasury Secretary Janet Yellen said at a news conference on Friday. She also noted that many developing nations “face a number of severe issues.”

Oil prices have risen as a result of a recent announcement of a significant production reduction by the Organization of the Petroleum Exporting Countries and its Russia-led allies. The International Energy Agency issued a warning Thursday that the decision might be the last straw that pushes the world economy into recession.

While the formal definition of a global recession is difficult to pin down, many economists agree that when GDP growth falls below population growth (about 1.1%), a recession has set in. In 2019, the World Bank expects global GDP to expand by 1.9%.

The International Monetary Fund cautioned last week that quickly increasing interest rates poses a threat to the global economy because they might cause financial-system chaos.

Last month, a massive bond selloff was spurred by a U.K. tax reduction proposal intended to stimulate the economy, prompting the Bank of England to intervene to calm the financial system. Many aspects of the concept were scrapped by the British government. The market’s response was a factor in Friday’s trading.

Economic policymakers all over the world keep a close eye on tensions in the financial markets. This is because history has shown that rising interest rates can lead to problems with financial stability that were not expected.

Recent weeks have seen a rise in the amount of money loaned out via the Federal Reserve’s “discount window,” with Wednesday marking the highest level of lending through the window since June of 2020, at $7.67 billion. As part of regular agreements to extend dollars and ease strains in dollar-funding markets, the Fed loaned $6.5 billion to two foreign central banks last week.

In a webinar organized by S&P Global Ratings on Friday, Kansas City Fed President Esther George said, “The thing I’m cognizant of is that we’re dealing with an economy that is readjusting to an unprecedented shock.”

She warned that upsetting the financial markets and the economy by acting too quickly may have backfired.

At Friday’s IIF conference, Goldman Sachs Group Inc. president John Waldron warned that the ongoing gloom in the economic and financial outlook might soon begin to influence how firms make employment choices. It was suggested that businesses “maybe make some layoffs” and reduce their workforce.

Consistent COVID-19 lockdown regulations in China have stifled the country’s economic growth, notably in the second quarter of 2022. The Chinese real estate market, which has been overheated for some time, is cooling down. It is predicted that the slowdown in China will further disrupt global supply chains, reducing international commerce.

It is possible that medium and low-income nations will be hit the hardest by all of the growth concerns. The IMF says that almost 60% of the world’s poorest countries are in or on the verge of debt stress, which means they can’t meet their financial obligations. Many of these countries also have to deal with rising prices for imported food and energy.

In an interview, José de Lima Massano, governor of the National Bank of Angola, remarked, “The sensation that one gets from the discussions is that uncertainty is so great, it is impossible to see light at the end of the tunnel.”