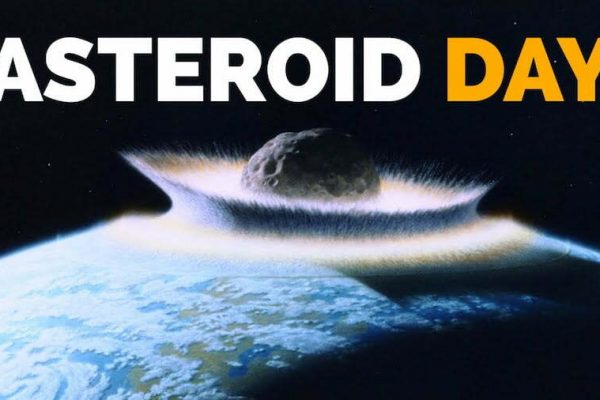 The annual International Asteroid Day, commonly known as Asteroid Day, commemorates the Tunguska catastrophe of 1908 when an asteroid destroyed over 2,150 square kilometers (830 square miles) of Siberian forest. It is recognized worldwide on June 30 each year as per a resolution by the UN. The purpose of Asteroid Day is to increase public awareness about asteroids and the steps that may be taken to prevent a catastrophic disaster from happening to the Earth, its people, and its communities. For instance, just 46 days had passed after the discovery of 2014 HQ124 on April 23, 2014, and only 21 days had passed since the discovery of 2015

The celestial rocks known as asteroids are smaller than planets yet nevertheless orbit around the sun like them. They may range in size from 10 meters across to 530 kilometers wide and are remnants of the creation of our solar system.

Some asteroids are not so harmless and might result in a disaster if they strike Earth, even if the majority of them don’t threaten our planet and the life that lives on. As a result, June 30 is recognized as International Asteroid Day each year to increase awareness of the dangers of an asteroid strike.


The International asteroid day belt refers to the area between Mars and Jupiter’s orbits where rocky celestial bodies called asteroids are commonly found. They are frequently referred to as minor planets despite being considerably smaller than planets or moons. Our solar system is thought to contain millions of asteroids. Numerous smaller asteroids may be found in the asteroid belt, and there are an estimated 1.1 to 1.9 million asteroids bigger than one kilometer in diameter.


In order to commemorate the anniversary of the Tunguska impact over Siberia, Russian Federation (30 June 1908) and to raise awareness of the potentially dangerous effects of asteroids, the United Nations General Assembly adopted a resolution A/RES/71/90 in December 2016 designating June 30 as International Asteroid Day. Let us inform you that the Association of Space Explorers’ proposal, which received the Committee on the Peaceful Uses of Outer Space’s support, served as the foundation for the General Assembly’s decision (COPUOS).


Astrophysicist and QUEEN lead guitarist Dr Brian May co-founded Asteroid Day with Danica Remy, president of the B612 Foundation, astronaut Rusty Schweickart, and director Grigg Richter’s in order to raise public awareness of asteroids’ significance in the creation of the universe as well as their current place in the solar system.


The B612 organization informs and advances global decision-making on planetary defense concerns in order to safeguard the Earth from asteroid strikes.


On World International asteroid day or International Asteroid Day, the potentially catastrophic implications of an asteroid impact on Earth are highlighted. the role asteroids played in the formation of our universe, possible use for their resources, how asteroids provide new study avenues, and how we may protect the planet from asteroids.


As a result, asteroids are rocky bodies that may be discovered in orbits around the Sun as well as in the space between Mars and Jupiter. The dangerous effects of asteroids must be understood. Therefore, this World Asteroid Day is observed all around the world to raise awareness of asteroids and their effects.


International Asteroid Day seeks to increase public awareness of the possible harm that might be caused by an asteroid hit. Because many people are still ignorant of asteroids and the hazards they represent to the Earth, it is crucial to educate people about the issues they pose through events, campaigns, and other ways.