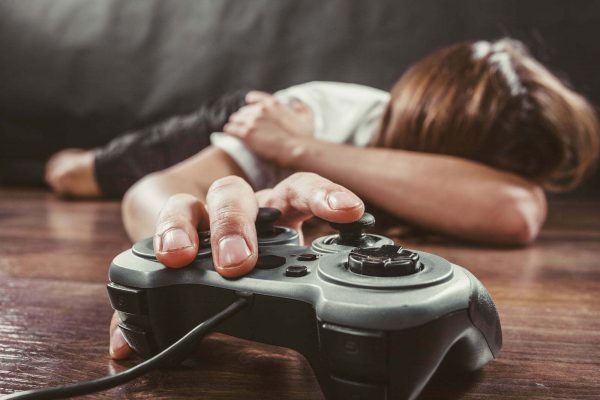 Internet gaming disorder, often known as IGD, is a relatively new diagnosis. The internet is an essential aspect of people’s lives all around the world for business, education, and recreation. However, for some, it has progressed beyond normal use to what some consider addictive behavior, particularly in the field of online gaming.

People’s lives have become more reliant on the internet. However, its use has gone beyond the norm, in many cases resulting in addiction, particularly among young people. Every second youngster spends time in front of a screen playing online games, sometimes so much that it interferes with their everyday lives – studying, playing, etc. Being a mental health disorder, IGD severely impacts the personal, family, and social lives along with the physical and mental development of children.

Internet gaming disorder is being debated and researched at both the national and international levels. IGD is listed in Section III of the Diagnostic and Statistical Manual of Mental Problems, 5th Edition (DSM-5), which outlines the formal standards used by healthcare practitioners to diagnose mental health disorders. It is described as a disease that requires further research and experience.

Internet gaming disorder is defined as the prolonged usage of online gaming to the point that it causes discomfort and interferes with everyday life and functioning.

Furthermore, it is distinguished from excessive internet, social media, or online gambling usage.

The World Health Organization (WHO) has also included Internet gaming disorder in the International Classification of Diseases (ICD-11), the global standard for illness diagnosis and classification.

Because of the Covid epidemic that restricted youngsters to four walls over the previous two years, the revival of internet gaming has witnessed an increasing trend. Screen time for children has grown, as have the symptoms and indicators of Internet gaming disorder, such as:

Mental health doctors say that the ailment generally manifests itself in children who spend more than eight hours each day gaming on the internet.

Experts also think that a rise in IGD can lead to a variety of other mental health concerns in children and teens, such as anxiety, ADHD, depression, and spells of aggressive behavior. Children who play online games begin to live in a fantasy world, fantasizing and relying on the internet to achieve their confidence and self-esteem objectives. They also regard internet gaming as a means of gaining social approval from friends and peers.

While little is known about Internet gaming disorder, there has been some study on the causes, risk factors, and other disorders that may be related to it. Impulsiveness, lesser social competency, and amounts of time spent gaming have all been identified as risk factors. Depression, anxiety, and ADHD have all been seen alongside Internet gaming disorder.

One research looked at how persons with Internet gaming disorder could think about and perceive their games mentally. It advocated categorizing patient beliefs into four major components.

Because this illness is still being investigated and contested, the criteria for diagnosing it may vary. However, if someone is concerned about having Internet gaming disorder, they should notify their doctor or a mental health expert.

They will do a detailed background, inquiring about internet gaming and any consequences it may have had. If they are not a psychiatrist, they may send you to one who is, as they have further expertise in diagnosing and treating mental illness.

Even though gaming disorder is still emerging, experts believe that a few steps taken by parents can help children get over it:

Parents, no matter how busy they are, should take time to observe what their children are up to. Spend time with the children, become acquainted with their daily routine, and assist them with their schoolwork so that they feel loved and encouraged.

2)Talk to the children

It is critical to maintaining the lines of communication open. Discuss the consequences of online gaming disorder with the youngsters and get their feedback.

3)Indulge them in sports and other activities

Encourage youngsters to participate in a variety of activities where they may have fun with their friends and family.

While many individuals engage in online gaming, research has revealed that the real number of persons afflicted by internet gaming disorder is just a tiny fraction. However, if you or a loved one’s gaming is interfering with your or their daily life and functioning, get guidance and assistance from a healthcare expert or mental health specialist. Even if this diagnosis is currently under investigation, they may offer support and even therapy.