Is Indian Automobile Industry Moving Into High Gear, Given the Month of August’s Strong Sales? 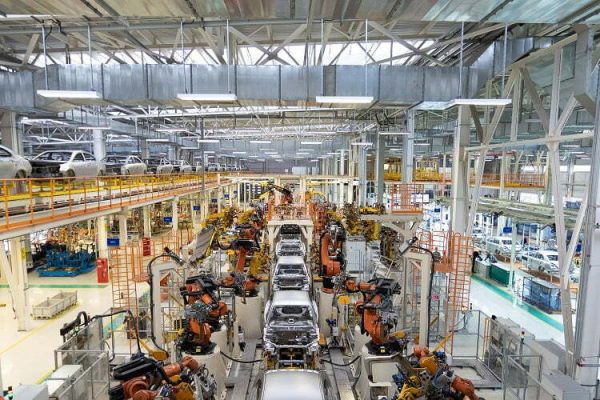 As the epidemic subsided and the supply of semiconductors became closer to normal, the manufacturing of passenger automobiles in India, as well as the sales of these vehicles, accelerated into high gear. And it increased to new heights in August when compared to the same month last year.

The next holiday season may see sales reach yet another all-time high, driven mostly by sport utility vehicles (SUVs). According to information on monthly sales that was made public last week, the number of passenger vehicles sent out by the top seven automakers increased by 30.2% year-on-year to 3,05,744 units, up from 2,34,743 units.

This was the most significant year-on-year increase that was seen during FY23, with the exception of the month of May, when it was due to a low-base effect that the rise occurred. The shipment of automobiles to dealers is considered a sale by the manufacturer.

The executive director of sales of Maruti Suzuki, Shashank Srivastava, anticipates that the industry would complete FY23 with a record 3.7 million vehicles, which would be approximately 21 percent greater than FY22’s total. It is quite clear that the industry is now in the midst of a passenger car sales boom, which is very likely to continue in the months ahead.

The number of vehicles shipped out by Maruti in the month of August in India increased by thirty percent when compared to the same month in the previous year. The growth trend seemed to be solid, according to Srivastava, but success moving ahead will be determined by how production plays out in comparison to underlying demand. He issued a warning that even if the situation with the chip scarcity had improved significantly, there were still some unknowns, especially for certain models. As of the previous week, there were 377,500 unfulfilled orders waiting to be fulfilled at Maruti Suzuki. But the real issue is, how long can the industry anticipate that this celebration would continue?

Srivastava went on to say that the pattern in August sales suggested that although growth momentum was continuing in the SUV class, it had plateaued for sedans. He said this was demonstrated by the fact that while SUV sales were trending up, sedan sales were not.

August witnessed a year-on-year increase in PV sales for Tata Motors of 68.3 percent, which continued the company’s stellar run of sales seen in the preceding months. The introduction of new sport utility vehicles (SUVs) helped Mahindra and Mahindra maintain their momentum, which resulted in sales increasing at a quick rate of 87% when compared to the same month the previous year.

Models such as the Scorpio-N, the Scorpio Classic, and the Bolero MaXX Pik-up have been responsible for the majority of sales. August sales at Toyota Kirloskar Motor were up 17.12 percent compared to the same month the previous year. An official of the business said that the Innova Crysta, Fortuner, and Legender models all had exceptional levels of client demand during that particular month. Recently, the business announced that it will temporarily suspend taking orders for the diesel version of the Innova Crysta since there was a very high demand for the vehicle, which resulted in much longer wait times.

Two-wheeler sales had been stagnant for years, but they managed to post a year-over-year increase in August, despite the fact that they started from a low foundation. The rise may be attributed to businesses shipping a greater amount of items before the holiday season begins. Even in their case, an improvement in the chip shortage was a contributing factor in the rise in output.

The sector has been through a string of challenges for quite some time until August brought some welcome relief. 2017 was the year that saw the beginning of things getting heated up for the business. To begin, the introduction of the goods and services tax had a negative impact on the rate of economic growth. Second, the industry was concerned about the application of BS6 emission regulations just before the Covid-19 outbreak occurred. If these norms were implemented, it would entail higher pricing for customers as well as large expenditures by businesses in cleaner technology. The first symptoms of the pandemic were almost the last straw that broke the camel’s back. Because of the lockdowns, businesses such as factories, showrooms, and supply chains were forced to close overnight. The automotive industry was forced to quickly change in order to stay in business. The path back to health has been a difficult one.