Is the Federal Reserve Finally Concerned About Inflation? 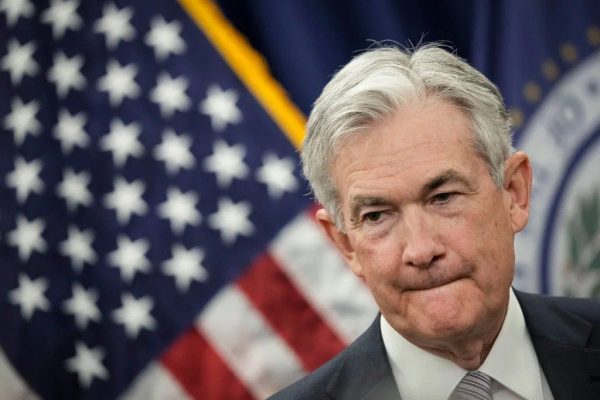 The Federal Reserve did not take inflation seriously until recently. Officials at the Fed professed to be concerned about inflation. Fed Chair Jerome Powell said that price stability is critical and that the Fed would do everything possible to restore it. Their actions, on the other hand, demonstrated that Fed officials were not serious about resolving this issue.

The Federal Open Market Committee (FOMC) boosted short-term interest rates by 0.75 percentage points at their June meeting and is anticipated to hike them again in late July. Are they finally taking inflation seriously?

Since the recovery from the coronavirus epidemic, the Fed’s views on inflation have shifted. The FOMC was preoccupied with supply-side issues in early 2021. After all, price hikes in the first half of the year were mostly driven by secondhand automobiles and associated services, a byproduct of the automotive computer chip scarcity.

The FOMC detected signals of persistent inflation by the end of the summer. Their average forecast for core personal consumption expenditures (PCE) inflation in March 2021 was 2.2 percent for the year. By September, they had raised their forecast to 3.7 percent.

Faced with such inflation, the FOMC maintained its expansionary monetary policy. The FOMC has fixed short-term interest rates around zero since March 2020, with a target range of zero to 0.25 percent. They were also increasing the money supply by acquiring hundreds of billions of dollars in US Treasury bonds and mortgage-backed securities every month.

By the autumn of 2021, FOMC members understood they had understated the level of inflation and that action was required to reduce it. Powell stated in November that they will “use our measures to ensure that rising inflation does not become entrenched.”

The FOMC did not increase interest rates at its December meeting, despite this commitment. They did not even halt their asset purchase program, as many thought, but just slowed the pace of purchases to the point that the program would expire in March rather than May.

Powell testified on January 11, 2022, that the Fed would contain inflation and that price stability was required to achieve maximum employment. Nonetheless, the FOMC maintained interest rates around zero and maintained the pace of its asset purchase program two weeks later.

By early February, it was evident that 2021’s strong inflation would continue into 2022. At the Fed’s March meeting, St. Louis Federal Reserve Bank President James Bullard argued that interest rates should be raised by half a percentage point.

However, ahead to the meeting, Powell said that he would suggest a quarter-point rise, which the FOMC agreed. Even with the loud endorsement of another FOMC member, Powell hesitated to move decisively to reduce inflation.

Powell said on March 21 that the FOMC needs to “act quickly to reset the stance of monetary policy to a more neutral one.” But he had a clear chance to “move swiftly” less than a week before and declined!

The FOMC eventually hiked interest rates by half a percentage point in May, to a target range of 0.75 to 1.0 percent. At their most recent meeting in June, they increased another 0.75 percent. Some FOMC members anticipate another 0.75 percent increase at their future meeting in late July. Will these steps, however, be sufficient to stem the flood of rising prices?

The FOMC’s forecasts for short-term interest rates are higher than a few months ago, but remain historically low. Their average forecast is just 3.4 percent by the end of 2022. In the early 1980s, Fed Chairman Paul Volcker increased interest rates over 20% to combat inflation.

Chair Powell has said several times that the Fed would utilize its instruments to achieve price stability. Will he and other Fed officials be able to return inflation to their stated two percent target? We’ll see whether the FOMC policy announcement on July 27th has any surprises. However, the FOMC’s actions, as well as its own predictions, indicate that they are still unconcerned about battling inflation.