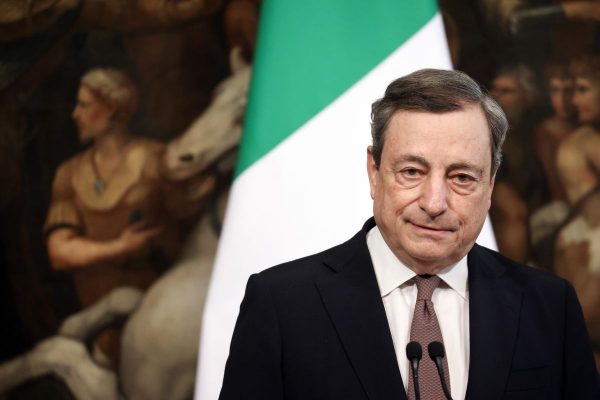 Italian Prime Minister Mario Draghi resigned on Thursday after crucial coalition members skipped a confidence vote, raising the prospect of an early election and a fresh phase of instability for Italy and Europe at a vital juncture.

During a morning meeting at the Quirinale Palace, Mario Draghi submitted his resignation to President Sergio Mattarella. Mattarella, who turned down a similar resignation offer last week, “took notice” this time and urged Mario Draghi’s administration to continue in a caretaker capacity, according to the president’s office.

Draghi’s government of national unity crumbled Wednesday when members of his fractious coalition of right, left, and populists refused to re-unite to complete the legislature’s natural term and assure the completion of the European Union-funded pandemic recovery program.

Instead, the center-right Forza Italia and League parties, as well as the populist 5-Star Movement, skipped a Senate confidence vote, signaling their dissatisfaction with Mario Draghi’s 17-month administration.

Before going to visit Mattarella, Mario Draghi addressed the lower Chamber of Deputies, “Thank you for all the work we’ve done together in this time.” He reiterated a remark that even central bank heads had hearts, clearly affected by the cheers.

On Thursday, Italian newspapers were unanimous in their astonishment at the bizarre decision, considering that Italy is coping with mounting inflation and energy bills, Russia’s war against Ukraine, and unfinished reforms required to get the remaining 200 billion euros in EU recovery funding.

Mattarella had appointed the former European Central Bank president, nicknamed “Super Mario” for his “whatever it takes” euro rescue, to bring Italy out of the crisis last year and prepare the basis for the EU’s recovery funds to be used.

But the 5-Star Movement, the largest vote-getter in the 2018 national election, has been chafing for months that its goals, including a basic income and a minimum wage, were being neglected. Last week, the 5-Stars boycotted a confidence vote connected to a package intended to assist Italians cope with the crisis, forcing Mario Draghi to offer to quit for the first time.

Mattarella declined the offer at the time and requested that Mario Draghi return to Parliament to advise MPs on the issue. On Wednesday, he appealed to party officials to heed to the cries for unity from regular Italians who signed petitions urging him to remain.

“You are not required to respond to me. “You must distribute it to all Italians,” he urged legislators.

While the following steps were unknown, the conclusion indicated that Mattarella may dissolve Parliament after a period of discussions, clearing the path for an early election as early as late September or early October. The legislature’s five-year tenure was set to end in 2023.

Mattarella was scheduled to meet with the presidents of Parliament’s upper and lower houses later Thursday, according to his office. Such conversations are often held prior to Mattarella making a public declaration about his plans.

Opinion surveys show that the center-left Democratic Party and the right-wing Brothers of Italy party, which had stayed in opposition to Mario Draghi’s alliance, are neck and neck.

Enrico Letta, the Democratic Party’s leader, was outraged by the decision, declaring that Parliament had forsaken Italy and encouraged Italians to vote. “Let the Italian people demonstrate at the polls that they are wiser than their leaders,” he tweeted.

The Brothers of Italy have long been affiliated with ex-Prime Silvio Berlusconi’s center-right Forza Italia and Matteo Salvini’s League, implying that a center-right combination would likely triumph in any election and catapult Brothers’ leader Giorgia Meloni to become Italy’s first female premier.

Meloni, who has been pushing for an early election since the crisis began, was victorious.

“The will of the people can only be represented via voting.” “Let us restore hope and vigor to Italy,” she urged.