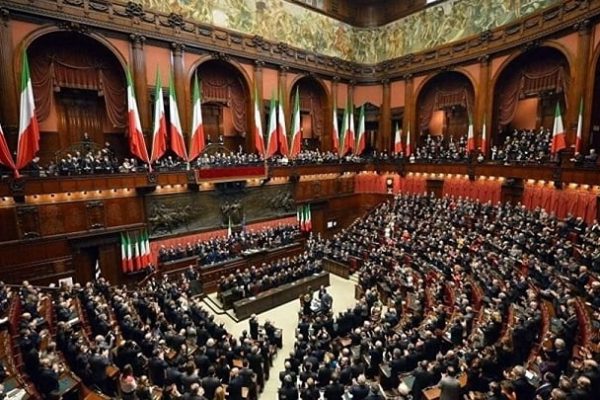 On Thursday, Italian Prime Minister Mario Draghi’s coalition government looked to be on the verge of collapse when one of its members, the 5-Star Movement, declared it would not participate in a parliamentary confidence vote.

Other coalition parties have threatened to leave the government if 5-Star boycotts the Senate vote later in the day, while Draghi himself stated this week that he would not lead an administration without the 5-Star.

The 5-Star move throws Italy into political turmoil, jeopardises efforts to win billions of euros in European Union money, and raises the possibility of early national elections in the autumn.

Italy is set to vote in the first half of next year, and tensions have been increasing among members of a coalition that has been in place since early 2021 and spans both main parties.

The risk of a political crisis was felt in financial markets, as Italian bond rates jumped dramatically, signalling that investors were willing to pay a larger premium to keep the country’s debt, and equities plummeted.

After a day of intensive party debates, 5-Star leader Giuseppe Conte said late Wednesday that his party will not support the confidence motion, arguing that the government should do more to address the eurozone’s third largest economy’s mounting social concerns.

“I’m afraid that September will be a period when many people will have to choose between paying their power bill and purchasing food,” he remarked, referring to a substantial increase in energy expenses.

On Tuesday, the prime minister stated that if the 5-Star Movement withdraws its support for the government, it would be up to President Sergio Mattarella to determine what to do next.

However, Draghi, the former president of the European Central Bank, stated that he would not be willing to lead a new government without the participation of the 5-Star Movement.

If the government implodes, two coalition parties, the rightist League and the center-left Democratic Party (PD), stated on Wednesday that early elections were the most likely consequence.

Moving the election to the autumn would be quite rare in Italy since that is when governments normally prepare their budgets, which must be approved by the end of the year.

In the following days, President Mattarella might try to persuade Draghi to stay and put his administration through another formal confidence vote.

The president may potentially seek to pick a new interim leader to guide Italy through elections next year.