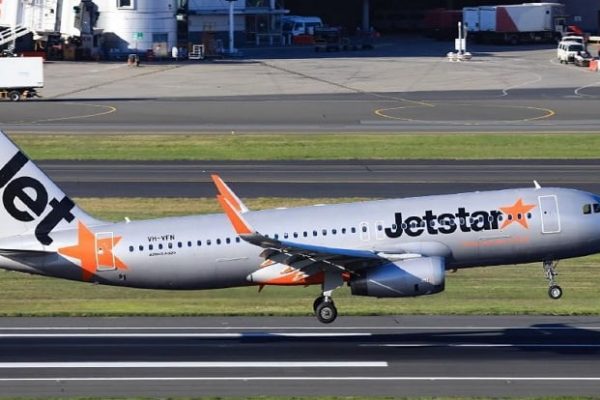 Since September 1st, the low-cost airline Jetstar said that it has cancelled eight return flights departing from Denpasar and heading to Sydney and Melbourne.

On social media, irate travellers have expressed their frustration at having to scramble to make accommodations at the last minute.

According to the carrier, which is owned and operated by Australia’s most prestigious airline, Qantas, the majority of the customers who were affected have been provided with accommodations.

“Unfortuitously, our Boeing 787 fleet has been impacted by a number of issues, including a lightning strike, a bird strike, damage from an item on the runway, and delays in sourcing a specific spare part for one of our aircraft due to global supply chain challenges. These issues have all occurred within the past few months. The component has to be transported through road freight across the United States “Jetstar Chief Pilot Jeremy Schmidt stated in a statement.

The airline has announced that it would run two special flights on Tuesday to transport customers from Denpasar to Melbourne. Together, these planes will transport more than 300 passengers. This is in addition to the three additional regularly scheduled flights that will be departing from Denpasar to both Melbourne and Sydney.

Since Australia reopened its borders in February, Qantas has been having trouble with flight cancellations and misplaced baggage. According to Qantas, the company’s underlying loss before tax increased to A$1.86 billion ($1.3 billion; £1.1 billion) in the year that ended in June as compared to the previous year.

Alan Joyce, the company’s chief executive officer, said that “the pace and size of that comeback has been outstanding.”

Because of a severe lack of workers, the airline requested that top executives take on the role of luggage handlers for a period of three months. This request was made one month ago.