The Jumbo Floating Restaurant in Hong Kong Has Sunk at Sea 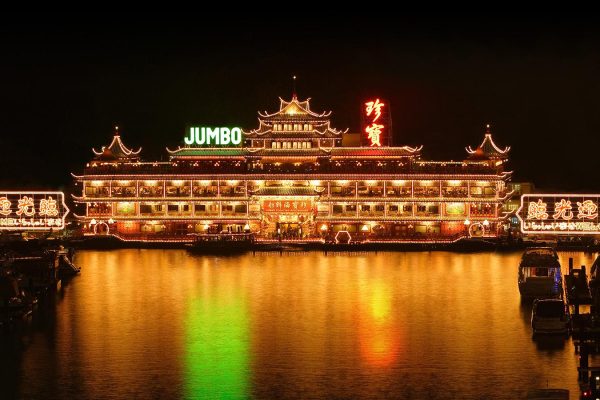 Just days after being dragged out to sea on its way to an unknown destination, a famed Hong Kong floating restaurant has sunk.

After almost half a century anchored in the city’s southwest seas, tugboats hauled away Jumbo Kingdom, a three-story barge that was formerly the world’s biggest floating restaurant.

Aberdeen Restaurant Enterprises Limited stated in a statement Monday that the restaurant’s main boat capsized on Saturday after encountering “adverse weather” near the Paracel Islands (also known as the Xisha Islands) in the South China Sea.

Salvage operations would be “very tough” since the boat sunk more than 1,000 meters (3,280 ft), according to the statement.

Aberdeen Restaurant Enterprises was “extremely upset by this event,” according to the statement, and was attempting to acquire additional information. There were no injuries among the crew members.

The announcement sparked outrage on social media, with many Twitter users mourning the inelegant demise of one of Hong Kong’s most well-known historical figures. Another sent goodbye thoughts, while others submitted artwork showing the establishment submerged.

Others interpreted the sinking ship as a darkly comedic metaphor for Hong Kong’s supposed fortunes, as the city clings to tight limitations after many years of political instability, while being essentially cut off from the rest of the world.

Jumbo Kingdom was featured in several Hong Kong and foreign films during its heyday, and it entertained visiting celebrities such as Queen Elizabeth II, Jimmy Carter, and Tom Cruise.

It was known for its opulent Imperial-style façade, many neon lights, enormous commissioned paintings in the staircase, and vivid Chinese-style elements, which included a golden throne in the dining hall.

However, when the fishing population in the island’s southern port declined, the restaurant group’s popularity waned, and it has been losing money since 2013. The restaurant was forced to shut till further notice in 2020 because to the Covid-19 epidemic.