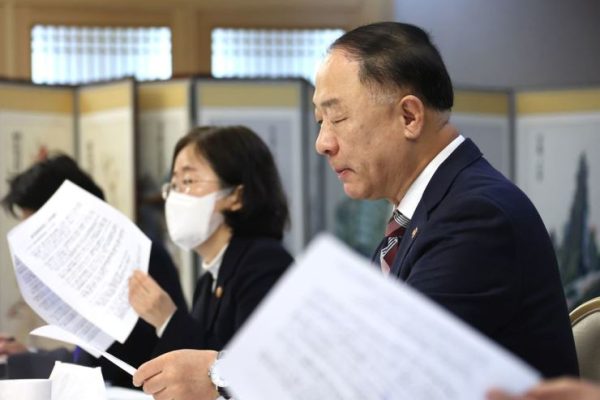 The Korea Ministry of Economy and Finance made an announcement on Monday that they want to extend tax reductions on various items including car and energy fuel as well as the decrease of the consumption tax on passenger vehicles. Despite this, the reduction in the tax break for fuel will only be on a partial scale as a result of some stability.

The cut in gasoline tax for automobiles that was originally scheduled to stop when the year did has been extended until the end of April. As a result of the price of gasoline leveling out, the ministry has announced that the reduction for gasoline will be reduced from the current 37 percent to 25 percent.

Through the month of April, the 37 percent discount that is applied to the use of diesel and liquefied petroleum gas butane will not alter.

Also set to expire this month was a decrease in the consumption tax of 30 percent that was applied to the purchase of passenger automobiles; however, the government has chosen to prolong the concession until June in an effort to boost domestic consumption.

The tax decrease, which is capped at one million won, takes the tax rate down from five percent to three and a half percent.

The ministry said that taxes are levied based on the time of delivery rather than the order, thus the extension would also assist customers who were unable to take advantage of a tax cut because the delivery of new automobiles was delayed.

In recent years, because to a persistent supply shortfall of automotive semiconductors, buyers have been had to wait anywhere from ten to eighteen months after placing an order for a car before the vehicle can actually be delivered to them.

As a result of Russia’s continued involvement in the conflict in Ukraine, the cost of fuel for power generators, such as liquefied natural gas and bituminous coal, will continue to be subject to a tax reduction of fifteen percent until the beginning of the first half of the year in 2019.

The government is hoping that by lowering taxes, they can prevent a further increase in the cost of public services like electricity and gas. The prices of public utilities in Korea increased by 23.1% month-to-month in October compared to the same month the previous year.

After completing the necessary administrative steps, which include a meeting of the Cabinet that is scheduled on the 27th of December, the extension of tax cut measures will go into effect on January 1.