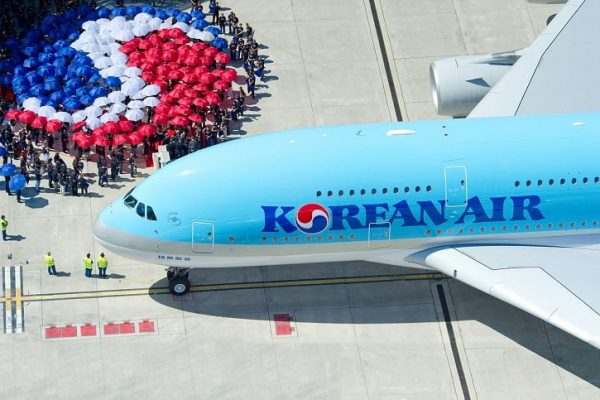 According to industry sources on Monday, South Korea’s flag carrier Korean Air is reportedly in talks with multiple Southeast Asian airlines to share its Incheon-Los Angeles route. This would appear to be an attempt by Korean Air to get antitrust approval from US regulators in its acquisition of the financially struggling crosstown rival Asiana Airlines.

Antitrust watchdogs in South Korea and the United States have reached the conclusion that a merger between Korean Air and Asiana Airlines would result in Korean Air practically monopolising the lucrative Incheon-Los Angeles route inside its domestic market.

It is stated that Korean Air approached US competitors such as United Airlines and Delta Air Lines with a request to boost the number of flights departing from Incheon to key cities in the United States, but the reaction from these airlines was tepid.

After that, the airline company turned its attention to Asian carriers, and Vietnam Airlines was apparently one of the airlines that expressed interest.

To ensure that Vietnam Airlines is able to run the route, it is necessary for the governments of South Korea and Vietnam to reach an agreement regarding the Fifth Freedom. This freedom is also known as “beyond right,” and it refers to the right to run a route from a second country to a third country.

The possibility to assist in the completion of the merger of the country’s two largest airlines is now being investigated by the Transport Ministry in Seoul.

However, some industry executives have expressed pessimism over the possibility of sharing a piece of the domestic flying market with international airlines. These authorities believe that doing so might harm the competitiveness of the local aviation sector.

However, both the Ministry of Transport and Korean Air have denied this, claiming that no other local carriers are equipped to fly long-distance flights.

After receiving the go-ahead from nine other countries since January 2021, when the company first submitted documents to antitrust regulators in 14 countries, Korean Air’s merger deal is still awaiting approval from the European Union (EU), the United Kingdom (UK), the United States (US), and Japan (Japan).

In the month of November 2020, Korean Air signed an agreement to purchase a 63.88 percent interest in its longstanding competitor Asiana Airlines for a total price of 1.8 trillion won ($1.31 billion).

As the merger transaction is finalised as anticipated, Korean Air, which is now the world’s 18th-largest airline when measured by fleet size, is likely to jump to No. 10.