Malaysia Elections Will Be Held on November 19 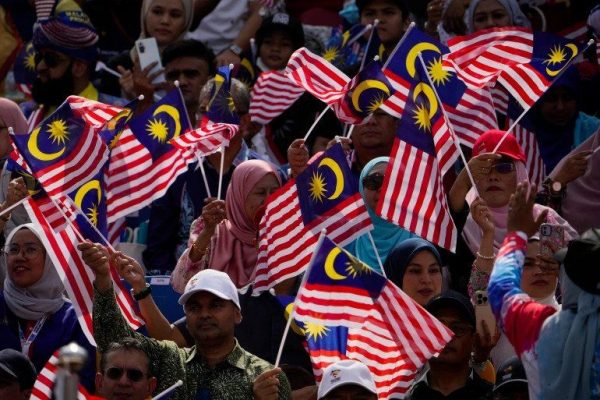 Malaysia will hold its next general election on Nov. 19, the Election Commission announced on Thursday.

The commission said that candidate nominations will take place on November 5, providing for a 14-day campaigning period.

Caretaker Prime Minister Ismail Sabri Yaakob announced the dissolution of Parliament last Monday after receiving the consent of the country’s King, Sultan Abdullah Ahmad Shah. A general election must be held within 60 days of Parliament’s dissolution.

More than 20 million Malaysians are expected to vote for a new government, following more than two years of political turmoil that led to a snap election.

Concerns have been raised that the polls are being held close to Malaysia’s annual monsoon season, which usually begins in mid-November and brings intense rain and flooding.

All 222 parliamentary seats will be up for grabs during the general election, along with the state legislative seats of Pahang, Perlis, and Perak. Another state seat in Sabah, Bugaya, will also face a midterm election on the same day after a by-election there was postponed due to the COVID-19 pandemic.

A record 10 of Malaysia’s 13 states will not call for simultaneous state legislative elections with the federal election, reflecting the political instability that has rocked the country since 2020.

The states of Sabah, Sarawak, Melaka, and Johor have all held state elections in the past two years, three of which were triggered by party defections. Another six states, led by the federal opposition Pakatan Harapan (PH) and Parti Islam SeMalaysia, have decided not to dissolve their state legislatures ahead of the upcoming flood season.

Malaysia’s eligible voter base has swelled by nearly 50 percent for the upcoming election compared with the previous election in 2018. The commission said 21.1 million voters are eligible to cast their votes, compared with nearly 15 million in 2018.

The commission did not provide a voter turnout target, but many expect that it will be lower than the 82 per cent turnout registered in 2018. This is partly due to the fact that the bulk of new voters were added to the electoral roll after the country implemented an automatic voter registration system and lowered its voting age to 18. Voting is not compulsory in Malaysia.

The Johor state assembly elections in March this year—the first polls held since the lower voting age and automatic voter registration were implemented—saw a turnout of only 54 percent.

The general election is set to feature a crowded battlefield that may not yield a clear winner. The country’s long-ruling Barisan Nasional (BN) alliance is looking to win enough seats to retain federal power outright after its shock defeat at the 2018 polls. But this time, it is challenged by at least two major opposition blocs-PH and Perikatan Nasional.

There are also smaller parties and coalitions that could impact the outcome, such as former premier Mahathir Mohamad’s Gerakan Tanah Air and the youth-based party Malaysian United Democratic Alliance.

Meanwhile, political parties in Sarawak and Sabah are set to play a crucial kingmaker role in determining the outcome. The ruling blocs in both Borneo states-Gabangan Parti Sarawak and Gabungan Rakyat Sabah-could enter into post-electoral alliances to help any of the major coalitions in forming a new federal government. Sarawak has 31 seats and Sabah has 25 seats in Malaysia’s 222-seat Parliament.

Malaysia’s politics has been in turmoil since the collapse of the PH administration in 2020, less than two years after it defeated BN in 2018. Malaysia has seen three prime ministers in three years, and the last two administrations had only a single-digit majority in Parliament. Five Malaysian states have gone through administration changes caused by defections since 2020.