MAS Predicts Inflation Would Decrease in the Second Half of 2023, Calling the Impact of the GST Increase Temporary 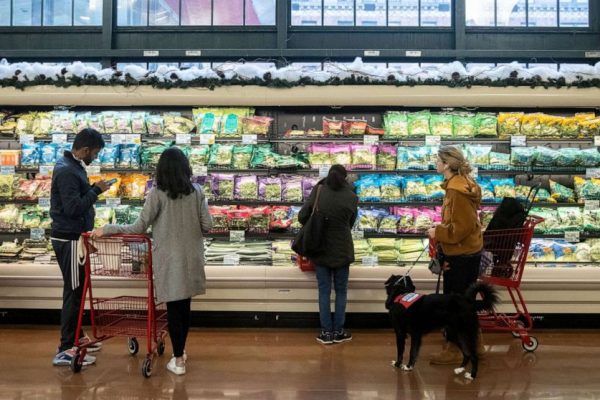 The Monetary Authority of Singapore (MAS) has provided its first estimate of inflation in 2023, predicting that the rate of price rises would slow down in the second half of the following year and that the impact of the forthcoming increase in the GST rate should be “transitory.”

On the other hand, if one did not take into account the goods and services tax, the core inflation rate in 2023 would arrive at a number between 2.5 and 3.5 percent, while the headline inflation rate would be between 4.5 and 5.5 percent.

According to the Monetary Authority of Singapore’s (MAS) semiannual monetary policy statement, which was released on Friday, “while the 1 percentage point rise in the GST would result in a one-off step-up in the price level, its impact on inflation should be temporary,”

“Overall, we anticipate that core inflation will continue strong in the first half of 2023 before decelerating more noticeably in the second half as cost pressures progressively diminish.”

This is a change from its previous prediction, which said that the most severe effects of inflationary pressures will be seen in the fourth quarter of 2022.

However, the central bank noted there are upside risks to these projections, notably from unexpected shocks to global commodity prices and second-round impacts, such as increasing wages, linked with a protracted period of high inflation.

According to what was written, “there is substantial uncertainty around the prospects for both GDP and inflation.”

According to the MAS, core inflation for this year has increased at a faster pace than anticipated, with a year-on-year average of 4.9 percent for the months of July to August. This was an increase over the previous quarter’s rate of 3.8 percent.

The primary driver was inflation for discretionary goods and services, which occurred despite healthy demand conditions that supported the pass-through of rising imported and local prices.

The consequences of the rise in global energy and agricultural input costs were reflected in the effects of the rise in electricity and gas prices, as well as the rise in inflation for uncooked food. This comparison was made with the previous year.

During this same time period, private transport and accommodation inflation picked up, which resulted in headline inflation picking up to 7.3% in the period of July to August, from 5.9% in the second quarter.

On an annualized basis, the rate of core inflation reached 5.1% in August after earlier reaching 5%. The overall rate of inflation reached a new high of 7.5%. Both metrics were quite close to reaching their best point since 2008.

Ms. Selena Ling, chief economist at OCBC Bank, said that the modification to the MAS’ inflation projection will call for further prudence leading up to the next policy meeting, which is slated to take place in April 2023.

She said that “inflation is broad-based and sticky over a wide variety of intermediate and final products,” but at the same time “the tight labor market continues to sustain solid wage increases even as the repatriation of foreign workers heats up.”