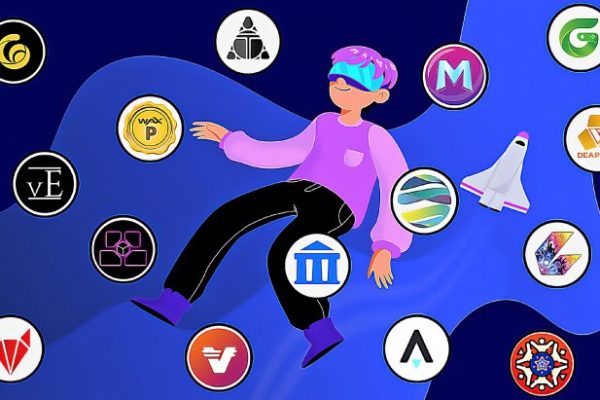 Over the past 24 hours, metaverse tokens in Decentraland, The Sandbox, Enjin Coin, and Axie Infinity have all fallen by about 6%. Popular metaverse tokens have suffered losses over the previous day, joining heavies like Bitcoin and Ethereum in the red.

The Enjin Coin (ENJ), the platform’s native currency obtained through in-game achievements and used to purchase virtual goods, has taken the biggest blow out of all the metaverse ventures, losing 7.33 percent on the day.

However, according to CoinMarketCap, ENJ is still up 2.5 percent over the previous week and is currently trading at $0.50.

The governance token for the Bored Ape Yacht Club (BAYC) ecosystem, ApeCoin (APE), dropped 6.4 percent in the previous day and is now trading at $4.59, according to CoinMarketCap.

APE, which was introduced in March of this year, can be used to buy virtual land parcels in Yuga Labs’ Otherside metaverse project. Yuga Labs, a company founded in 2021, is the organization responsible for developing the wildly successful NFT project Bored Ape Yacht Club.

APE reached an all-time high of $39.40 in April during the hype around the release of other side, but to the dismay of investors, the token has since dropped a staggering 88 percent from that high.

The price of The Sandbox’s SAND has fallen by 5.5 percent over the past day, while Decentraland’s MANA has dropped by 5.17 percent in the same time frame.

Users can purchase virtual land plots in the Ethereum-based metaverse games The Sandbox and Decentraland, with costs occasionally exceeding millions of dollars.

Nevertheless, since hitting their record highs at the end of November of last year, both tokens are down 86 percent and 85 percent, respectively.

The native token of the corresponding blockchain gaming platform, Axie Infinity’s AXS, is down 4.4 percent on the day and is currently trading at $14.09, according to CoinMarketCap.

By market capitalization, Ethereum is the second-largest cryptocurrency in the world. Its price is currently $1,145, down 3.52 percent over the same period.

The author’s views and opinions are provided for informational purposes only and are not intended to be a substitute for professional financial, investment, or other advice.